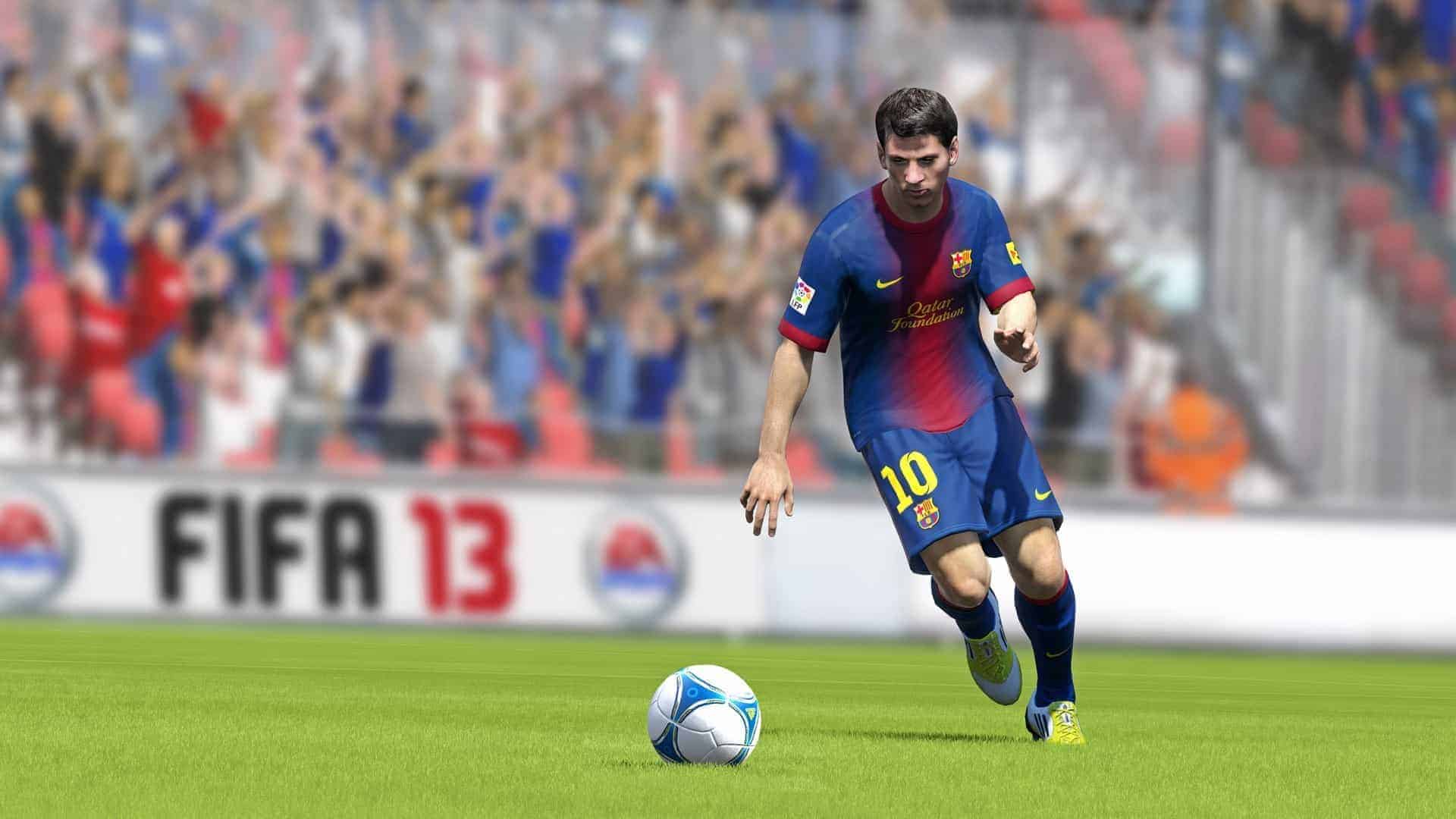 Picture this; you build up play slowly from defense, switch the ball to the flanks, cut inside and feed the creative ‘number 10’ player who slides a perfectly weighted pass into the path of your lightning-quick striker. The opposition ‘keeper rushes out, and you dink the ball over him and watch as it rolls into the net. The crowd erupts. Perfection. Fifa 13.

The beautiful game just keeps getting better. Fifa 13 takes the way we play football to new heights. Simply put, the game feels real. The quality of a player’s first touch is dependant on their skill level. If you slightly under-hit a pass it will be intercepted, over-hit a pass and the ball will evade its intended recipient, who will then remonstrate with the passer. Amazing. It is now extremely difficult to dribble around entire defenses and smash one in the top corner. You have to earn it. A new ‘attacking intelligence’ feature means your players will work as a team when attacking, and then it is up to you to pick the right pass or cross. Opposition defenders read the game well, and will happily pick off any sloppy attempts. The new defensive system that was implemented in Fifa 12 has been retained and refined, meaning you will have to work equally as hard in defense as in attack. At first this is a lot to master, but my word it is satisfying when you do master it. This is the closest a football game as ever got to the real thing.

Take my first match; I launched straight into Career mode and the media opinion was that I needed a win in my first match to silence the doubters. No worries I thought. What transpired was a comprehensive 3-0 defeat to some Italian minnows, where I failed to record a single meaningful effort on goal, and was mercilessly taken apart on the counter attack. I miss controlled balls, failed to find my target with numerous passes and gave away dozens of free kicks. ‘This is s**t’, I said to myself. But it isn’t, not at all. What it is, is an absolute masterpiece. What EA have managed to create is the perfect blend of fun and hard work.

With the Fifa games, I have taken the incredible level of detail in player likenesses, stadiums, kits and commentary for granted. These are all present in Fifa 13, and they have all been tweaked to make it an even more immersive experience. The commentary has great depth, and observations are fluid and instant. Even the immeasurably dull tones of co-commentator Alan Smith are tolerable. The crowd noise is spine-tinglingly good. Various teams’ fans have new chants, and they are particularly audible when your team are in the ascendancy.

Career mode offers you the chance to be a manager, dealing with all aspects of your chosen team, such as transfers, budget negotiations, scouting and media duties. The transfer system is much more realistic than in previous titles, no longer will Wayne Rooney inexplicably join West Ham United. The inclusion of transfer deadline day is a lovely touch. You can create a player to join a team and work your way up from starlet to superstar, eventually going on to manage the team. Ultimate Team is back and better than ever, with numerous items available to create your dream team. If you grow frustrated with the new game-play, you can always rely on playing online against an opponent who pays little attention to tactical defending.

My fear was always that Fifa 13 would be a mere continuation of the franchise. I’m delighted to say that those fears were swiftly put to rest. I tip my proverbial hat to the games’ creators. It goes without saying that the game looks fantastic. The way the game plays, however, has been revolutionised to such a scale that the mind boggles as to how they can improve on this latest instalment. Whilst I was playing this game, a friend walked into the room, glanced at the telly and said, ‘I didn’t know there was a game on, who’s playing?’ That, ladies and gents, says just about all there is to say.