As we’re all aware, The Communication Workers Union (CWU), which represents Royal Mail workers, continues to propose & hold strikes with a number of strike days over the coming months. Three dates have been confirmed thus far and these are:

The CWU is legally required to give 14-days notice to Royal Mail of when strike action will take place. The above three dates are formally registered, though there is hope that meetings between the CWU and Royal Mail continue and the strike action may be called off if an agreement is reached.

On these dates, we will not be able to dispatch any new orders. While Royal Mail states that it makes every effort to minimise disruption to Tracked 24 deliveries – the service we use – please do not expect an order to arrive on a strike day. Build in an extra day for your order to be delivered.

Any orders placed on a strike day will ship the day after but, again, build in an extra day for it to be delivered. We have seen Tracked 24 orders taking as much as three days to be delivered in the immediate aftermath of a strike, while the backlog caused by the strike is cleared.

There have been a number of additional dates announced by the CWU publicly, though Royal Mail is yet to be notified so this is not confirmed just yet, which will affect particular parts of the Royal Mail operation.

Where a new title is launching on or around a strike day, we are making every effort to ship ahead of the strike day with the aim of having games delivered before or on release day. If the release day is missed, then the goal is to minimise the delay.

We’re working closely with suppliers to try and bring forward the date we receive new titles to allow us to get orders dispatched and avoid the strike action.

Games which are launching on or around strike dates that will be affected are:

For these titles, we will need to see if the strike goes ahead and what we can do at the time to mitigate delaying the delivery of pre-orders. If we’re able to ship early, then we will. But, please order with the knowledge that it may not be possible to deliver your pre-order on release day and that it may be a day or two late.

We fully support the CWU’s efforts to seek fair pay for its members and very much hope that Royal Mail and the CWU can reach an accord sooner rather than later and we can say goodbye to further strikes! 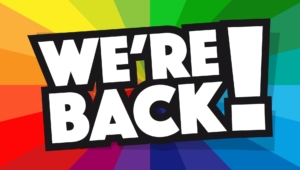