The futuristic ASUS ROG Rapture GT-AX6000 gaming router lets you connect more devices, and upgrades your gaming experience to the next level. With WiFi 6 speeds up to 6000 Mbps, it’s always primed for the biggest battles. The awesome styling, with new-look red and black detachable antennas and fully customisable ASUS Aura RGB lighting effects, makes GT-AX6000 a router that demands to be seen!

WAN aggregation lets you to combine a 2.5 Gbps port and a 1 Gbps port to unlock up to 3.5 Gbps of WAN bandwidth, fast enough for even the latest ultra-high-speed ISPs. This massive internet bandwidth can be shared via WiFi 6 or the second 2.5 Gbps LAN port.

Using LAN aggregation you can bond two 1 Gbps LAN ports together to create a 2 Gbps LAN connection, which is great for supplying extra bandwidth to heavy-duty network devices such as your compatible NAS or desktop PC.

The ASUS ROG Rapture GT-AX6000 has dual 2.5 Gbps Ethernet ports that support link aggregation and load balancing, giving you the flexibility to give massive bandwidth to connected devices or take advantage of ultra-high-speed internet connections. 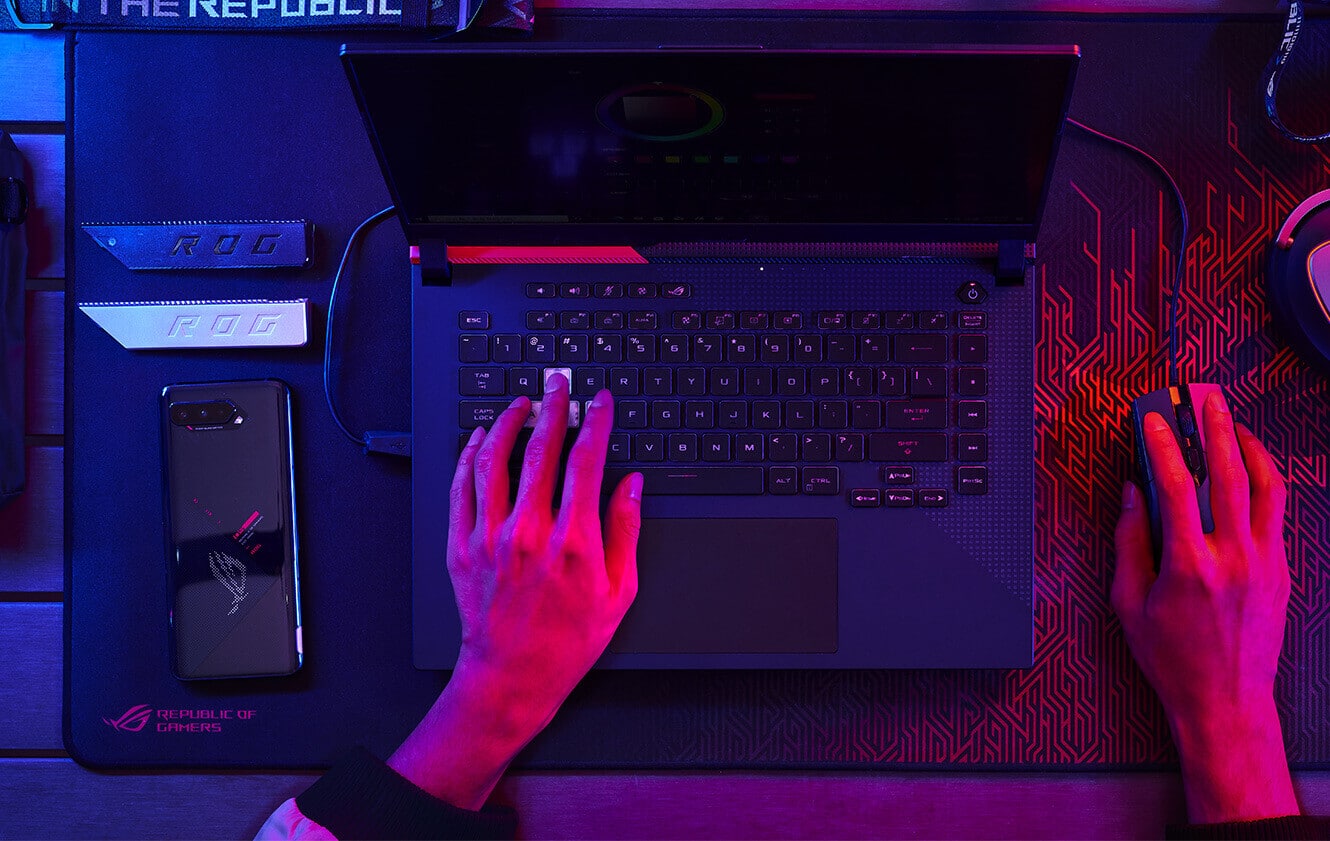 ASUS ROG Rapture GT-AX6000 is powered by a 2.0 GHz quad-core 64-bit CPU, giving it the performance to handle even the most demanding gaming network. It delivers maximum network throughput by 18%* for lightning-fast, accelerating data transfers and optimizing your gaming experience.

ASUS RangeBoost Plus is the latest, most powerful version of our renowned RangeBoost technology, which can improve the coverage and WiFi performance significantly compare to other models without RangeBoost.

ASUS AiMesh gives you the flexibility to create a true whole-home WiFi network. You can put your old ASUS AiMesh-compatible router to good use as a mesh node to broaden your network’s coverage to eliminate dead spots, and bring superfast, reliable WiFi to your entire home.

ASUS ROG Rapture GT-AX6000 boosts your gaming traffic every step of the way, from your PC all the way to the game server. The exclusive triple-level game acceleration stabilizes your connections to prevent jitter, reduce lag, lower ping and increase speed for amazing gaming experiences.

VPN Fusion lets you run both a VPN and an ordinary internet connection — simultaneously! So even if other network users need to use a VPN, you can still enjoy maximum gaming speeds.

ASUS Instant Guard uses VPN technology to create a secure data tunnel to your GT-AX6000, adding rock-solid security to any public WiFi connections you use.