A vast world awaits in Xenoblade Chronicles 3, the next game in the acclaimed RPG series for Nintendo Switch.

Earn 23.5 Points with This Item

A vast world awaits in Xenoblade Chronicles 3, the next game in the acclaimed RPG series for Nintendo Switch. Players will step into the roles of protagonists Noah and Mio amid turmoil between the hostile nations of Keves and Agnus.

A nation where mechanical technology was developed. Their armies are composed of units consisting mainly of combat vehicles. They use units of small, mobile weapons operated by soldiers riding them.

A nation strong in ether, a magical technology. Their forces are built around units that specialise in ether combat, and they fight with small, mobile, autonomous weapons that use ether technology.

Six soldiers hailing from these nations join forces to learn the truth behind their conflict, setting their sights for Swordmarch, a land pierced by a giant sword.

One of the protagonists of Xenoblade Chronicles 3 and a solider of Keves. Noah is also an “off-seer” who mourns for soldiers who’ve lost their lives on the battlefield.

An ally of Noah’s who wields a great sword that doubles as a shield.

A childhood friend of Noah and Lanz who has a sharp tongue and rough personality. She specialises in healing her allies in battle. 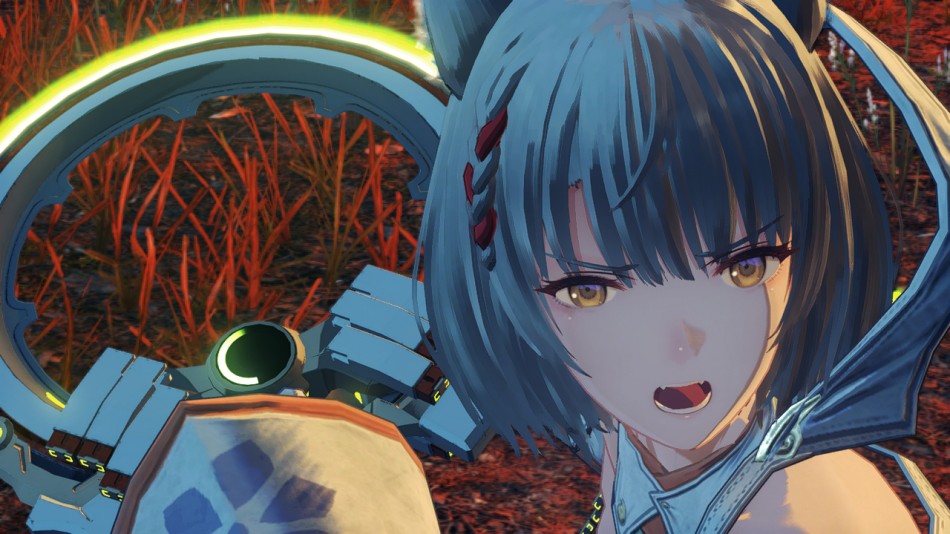 The other protagonist of this story, Mio is a soldier of Agnus and an off-seer like Noah. 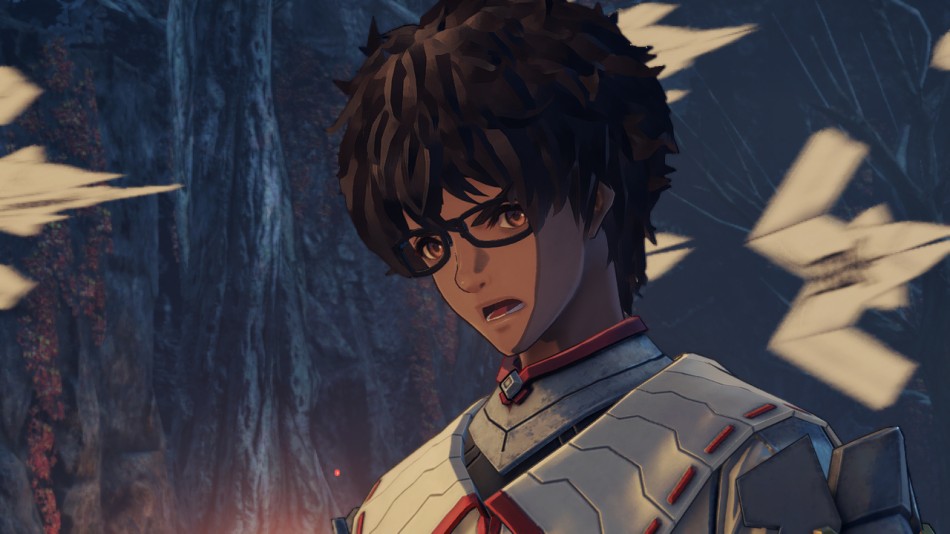 A tactician who fights alongside Mio using his smarts and insight.

This soldier is an ally of Mio and Taion. Despite her petite figure, Sena wields immense physical strength!

Like in previous Xenoblade Chronicles games, battles start by facing enemies directly in the overworld. With six characters in your party, you’ll need to use each soldier’s strengths to your advantage, taking into account their position relative to the enemy. Characters you befriend on your adventure in Xenoblade Chronicles 3 can also join you in battle, further increasing your strategic capabilities.