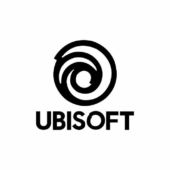 Ubisoft’s story begins with a family. The five Guillemot brothers, who saw an opportunity in the growing software development business, founded Ubisoft in 1986 to create and distribute video games around the world. Starting from its first releases like Zombi for the home computer, to the hit 90s platformer Rayman, Ubisoft’s early creative spirit paved the way for its future.

Today, Ubisoft’s team of 20,000 members working across more than 40 locations around the world, are bound by a common mission to enrich players’ lives with original and memorable gaming experiences. Their dedication and talent has brought to life many acclaimed franchises such as Assassin’s Creed, Far Cry, Watch Dogs, Just Dance, Rainbow Six, and many more to come.