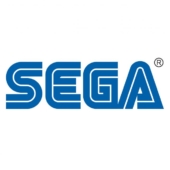 Sega Corporation is a Japanese multinational video game and entertainment company headquartered in Shinagawa, Tokyo. Its division for the development of both arcade games and home video games, Sega Games, has existed in its current state since 2020; from 2015 to that point, the two had made up separate entities known as Sega Games and Sega Interactive Co., Ltd. From 1983 until 2001, Sega also developed video game consoles.

Sega has produced several multi-million-selling game franchises, including Sonic the Hedgehog, Total War and Yakuza. Sonic, Sega's mascot, is internationally recognised. Sega is one of the world's most prolific arcade game producers, with long-running series such as Virtua Fighter and Initial D Arcade Stage. Sega is recognised for its video game consoles, creativity, and innovations.