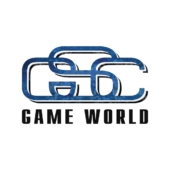 Founded in 1995, GSC Game World has become the most renowned game development studio in Ukraine and a leading developer in Europe. Since 2004 the proprietary worldwide publishing branch has been operating within the company. The revolutionary Cossacks: European Wars RTS title became the company's first hit, selling, along with its two add-ons, over 5 million copies worldwide.