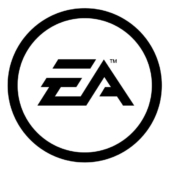 Electronic Arts Inc. (EA) is an American video game company headquartered in Redwood City, California. Founded in May 1982 by Apple employee Trip Hawkins, the company was a pioneer of the early home computer game industry and promoted the designers and programmers responsible for its games as "software artists." EA published numerous games and some productivity software for personal computers, all of which were developed by external individuals or groups until 1987's Skate or Die!.