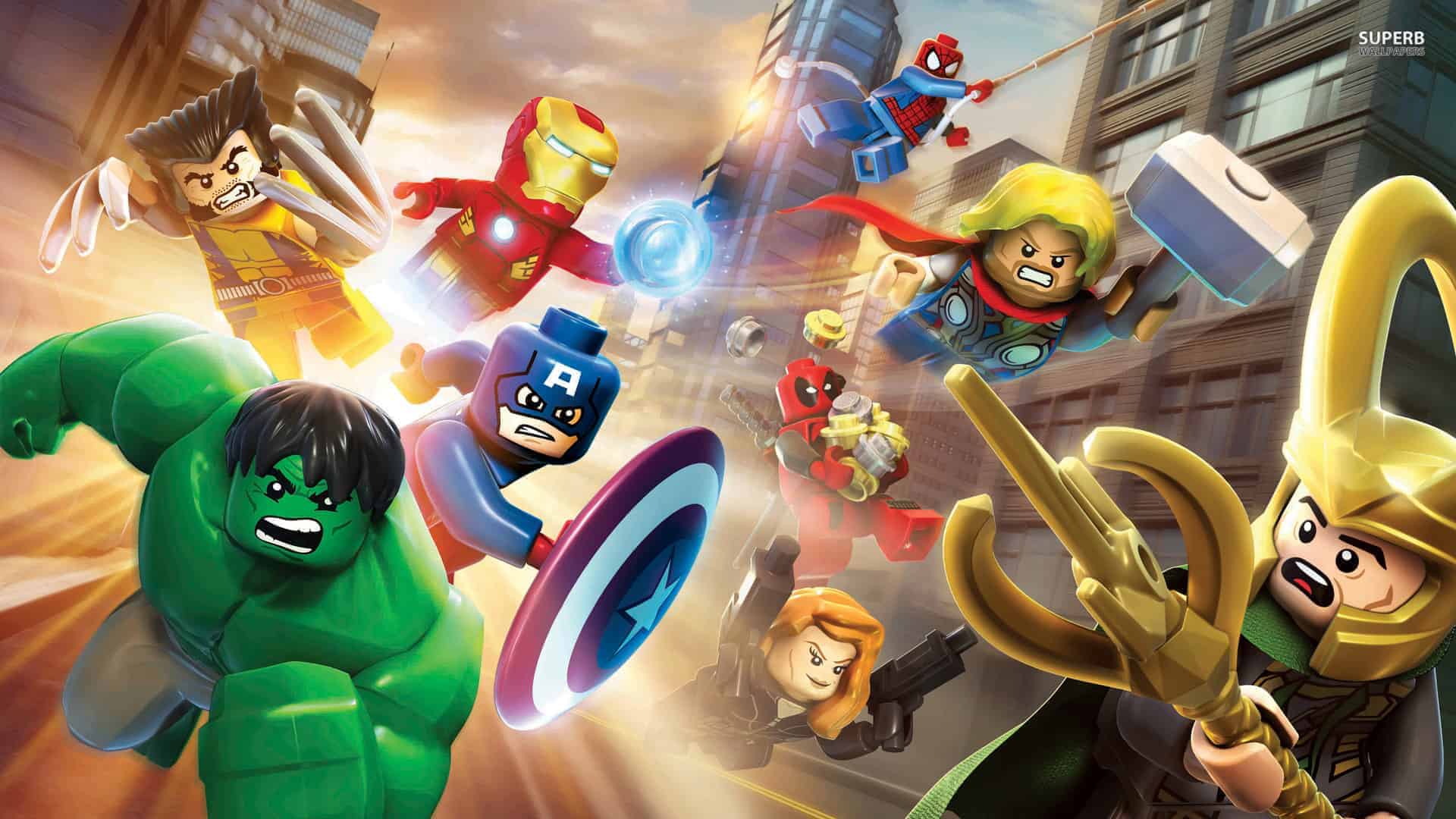 I’m Stan Lee, and I’m in peril….again.  It’s the Stranger Danger level in Lego Marvel Superheroes and I’m locked in a coffin.  Luckily, Ironman is around to set me free, so I live to draw another day.

When I was a lad, Lego was so easy. I had blocks of 1, 2, 4, 6 and 8 dots and a few other flat sections.  I could build houses and garages, and shops and towers…..lots of towers. Then Lego introduced wheels and it all got really interesting, and the advent of technic Lego heralded a whole new era of the toy everyone loves.  But then in 1997 Lego Creator launched on the PC, and now I could build anything I wanted, but I just couldn’t store the finished article next to my bed.  Had Lego games left it there, it would have become a quaint oddity amongst the growing and increasingly complex gaming world, but the Lego Executives shrewdly saw that gaming was going to be bigger than movies and that was a huge slice of revenue to walk away from.

First, the designers tackled racing games but quickly moved on to focusing on animation of the small figures in proper gaming situations. Rock Raiders sold well on the PC and PlayStation but the real genius came with major movie tie-ins and in 2001, Lego Creator: Harry Potter launched and was snapped up by an adoring games community.  Since then, Lego has tied into many of the major franchises like Indiana Jones, Star Wars, and Batman.  When Lego Batman 2: DC Superheroes launched on all major consoles in 2012, I remained a tad disappointed; the gameplay was great, but as a Marvel–ite rather than an avid fan of the less outrageous DC Universe, I felt a little let down.  The Marvel characters are just so bonkers, it’s almost as though they were designed for something as weird as Lego games.  Having an indestructible superhero in the shape of Superman is kinda obvious, but designing a fella with bad attitude and a healing factor, and then coat his bones and claws in an indestructible metal is just thinking right outside the box.  The release and subsequent success of Avengers Assemble in the 2012 convinced Warner Bros that this was a title worth pursuing in the world of Lego, and I got my wish.

So it was with unbridled joy that I tore the cellophane off my copy of Lego Marvel Superheroes and stuck the disc in the Xbox; does heaven get any better than this?   Rather than loosely following the stories of their franchises, Marvel Superheroes has its own plot revolving around Dr Doom creating a super weapon to destroy the earth…..or is he?  The plot takes various turns throughout its course and is very satisfying and well thought out as a story in its own right.  The structure and game are really quite easy; as I progressed through the levels, I unlocked more characters and became able to use their different skills to accomplish the needs of the story.  I start off with Hulk and Ironman in a face-off with principle baddies Sandman and Abomination at New York’s Grand Central Station in a level cheekily entitled “Sand Central Station” and move off through the lovingly detailed vistas as my quest to find power cubes from the Silver 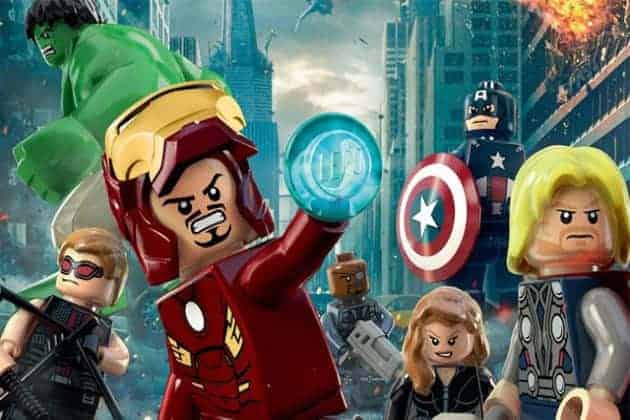 Humour is evident throughout the whole game, with many visual gags running through as themes. Aimed primarily at seven year olds, the humour isn’t too complex – the super weapon that Dr Doom is building is called “Dr Doom’s Doom Ray…..of DOOM!” and so forth.   Which brings us neatly back to Stan Lee who is placed “….in peril” throughout the different levels of the game, and it becomes a chuckle riddled side venture to see if you can find him.  Sometimes he’s obvious, though less easy to get to, sometimes he’s hidden away somewhere.  Invariably, he jumps out of what peril there was to utter a corny line (“I was nearly toast – BURNT TOAST”) or simply “Excelsior!” before running off to the next peril.

In all I got to play 150 separate main characters which encompass much of the Marvel Universe, with such diverse individuals as Fandral and Squirrel Girl (I’m not kidding here) as well as the better known mainstays of the genre.  While all this character-swapping is fun, it becomes increasingly complex as I tried to figure out which character to use for which situation.   They are kind of split into groups such as flight, strength, fire and so on, so in reality there is always more than one character who can accomplish whatever task you are undertaking.   With some tasks you have to think a little laterally – Hulk is great at smashing but his alter-ego Bruce Banner is great at computer hacking, so never forget that you’ve got him.

Set in an open–world play area of New York, Asgard and an asteroid, Lego Marvel Superheroes looks great and is constantly entertaining.  There are a few gripes such as the secondary figures around the main character that you are playing seeming to have only limited AI and attacking the droves of baddies in a haphazard way, and sometimes characters get stuck, which once required a restart to resolve, but on the whole I found it smooth to play.

Now where is that pesky Stan Lee this time???  EXCELSIOR!!!