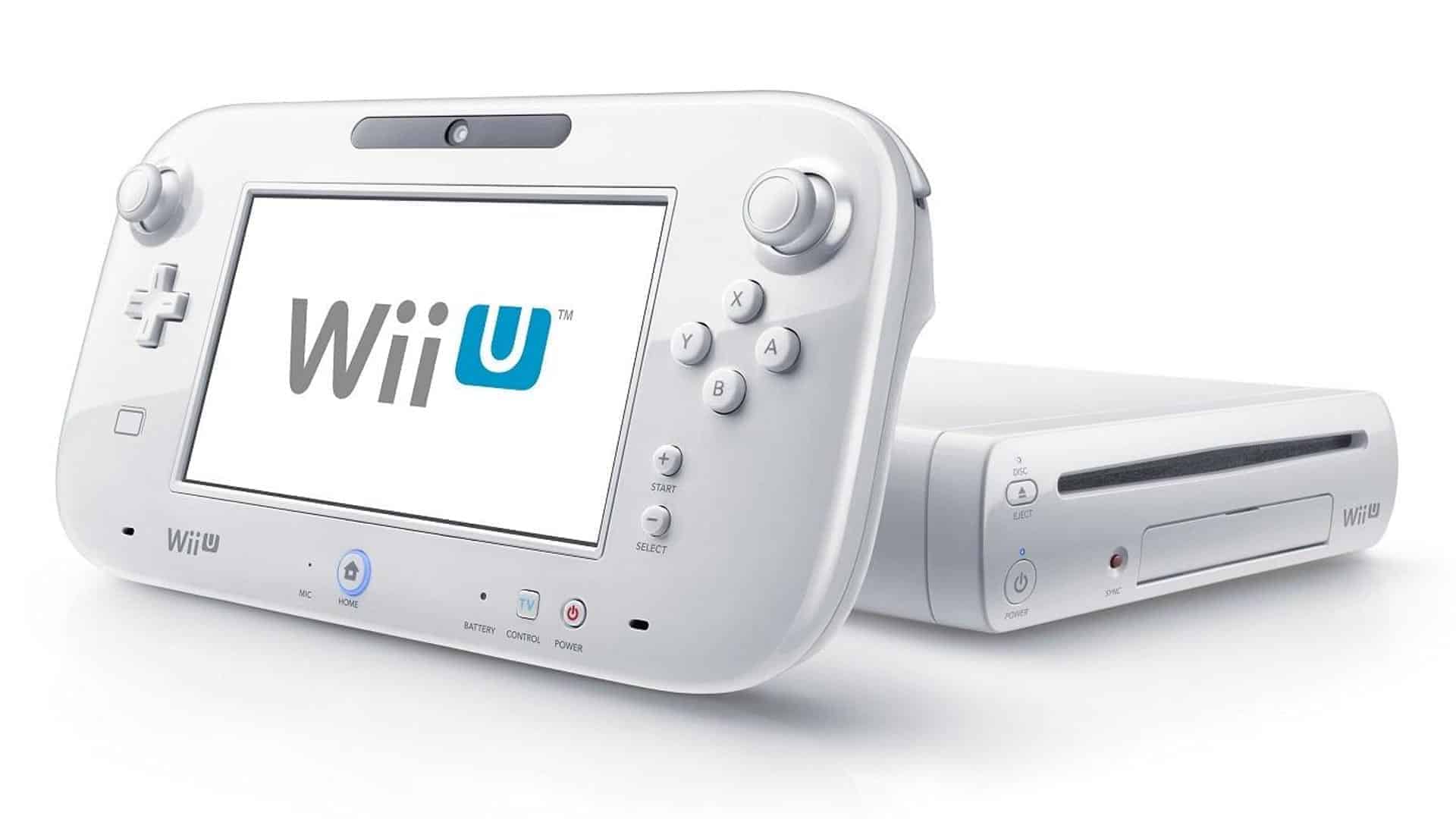 The Nintendo Wii U Review: A great example of ‘old fashioned gaming fun’

A lot of ink in recent weeks seems to point towards the decline and destruction of Nintendo. Those headlines aside, the Nintendo Wii U is a next-gen console and we wanted to check out how epic it ranked along side other alternative next-gen consoles.

Out of the flurry of the so-called ‘next-gen’ consoles, the Wii U is ridiculously cheap! To put how cheap it into perspective, the Xbox One costs around £409 to £429 (depending on which reseller you go to) and similarly the PS4 costs between £ 325 to £ 349 (again depending on which reseller you opt for), now the Nintendo Wii U Premium with a choice of game (The Legend of Zelda Wind Waker, Super Mario Bros or Wii Party) sets you back an easy £ 239. That’s over a hundred plus pounds cash savings. Now there’s no sensor (because it’s part of the package) and no membership (like PlayStation Plus or Xbox Live). So, £239 gets you a next gen console, a game and everything you need to set up – that’s an epic price tag!

The Wii U, unlike the other consoles, has decided to opt for sleek minimalism. It is a smaller construct than the other two devices. It has curved exterior – with two colours: black or white. The exterior has a gloss design aspect that gives the console box a little gravitas. However, in the design stakes it is not a PS4. That said, it could be worse. It could look like the Xbox One. It’s sleek curved exterior hides the air vent grills on the side which is a rather nice design touch. The ease-of-use is similarly aped on the rear of the device. There are only four input sockets (one for the power cable, one for the sensor, one for the HDMI and another for AV multi-output socket. There are no LAN sockets. However, it does support Wifi (892.11b/g/n).

Let me introduce you to the innovative and genius GamePad. It is a big boy – at over 11 inches wide and nearly six inches tall. You would think such a device was a laptop-esqe device. However, it somewhat apes an iPad or tablet. It holds incredibly well in your palm – this is partially due to the contoured structure of the rear of the device. The contours ape the open hand ridges that your hand creates when it grips the controller. This means the physical playability is improved as you ‘feel’ connected to the controller. The central part of the controller is taken over by a pixel-driven display. It is a very GameBoy-esqe display. However, its usable and quite intuitive. You can use a stylus (provided) or your fingers both of which are easy to use.The only down side was battery drainage – there are no funky Micro USB charging facilities. This means good old fashioned batteries are requires. This can be problematic as after 2 1/2 hours of game play the controller died – this is a regular occurrence! 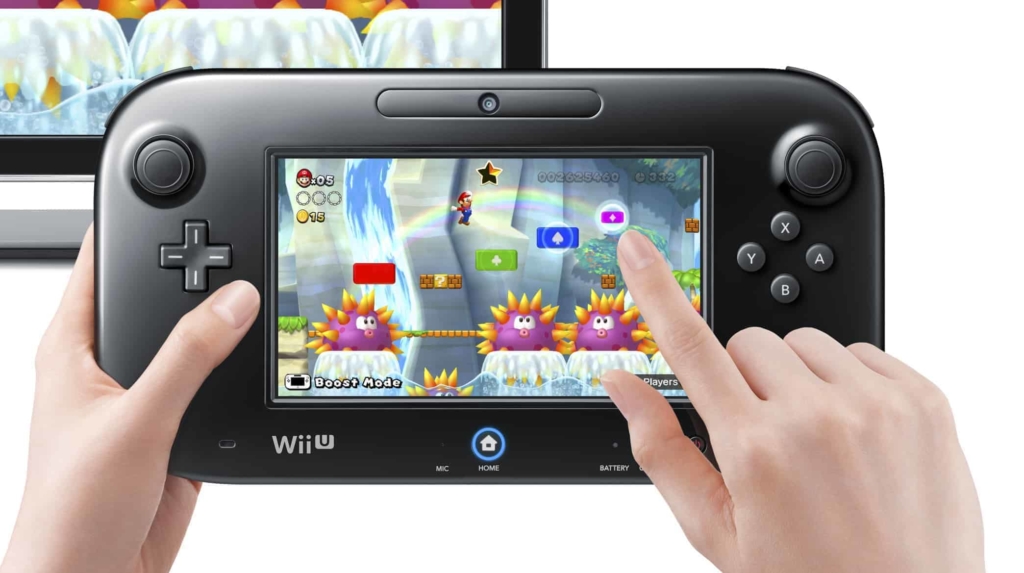 It comes in a nice matte box. Out of the box its sleek minimalist console is a doodle to setup. You connect sensor bar (place the senor bar above or below your TV), you connect power bar and then place batteries in console controller and then, attach HDMI to console and then into the TV. You are now up and running. This is the difference between the Nintendo Wii U and the PlayStation 4/Xbox One experience. You can start gaming pretty much ASAP. No huge 1Gb+ ‘patch’ or ‘system updates’ will be awaiting you. If you want easy and pain-free gaming experience, the setup and get-go of the Nintendo Wii U is impressive – especially in the context of the next gen rivals. Once you have connected to your WiFi, which is easy, and created your Mii character – you are good to go!

LIVING WITH THE NINTENDO WII U 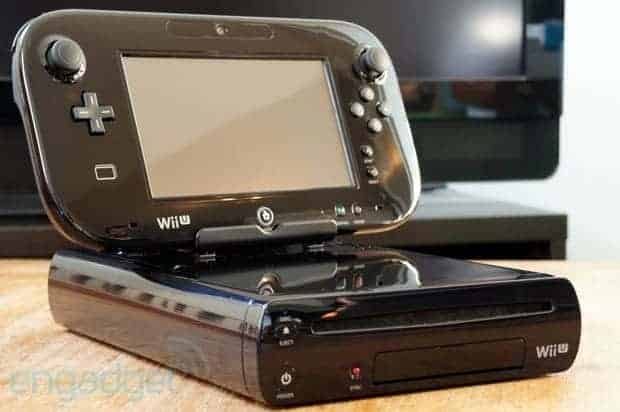 Once it’s setup you wont notice it -unlike other next gen consoles. It’s a tiny box and the sensor can nestle behind the bases of many of the larger LED TVs. Therefore, living with the design is easy. The other side of the experience is different. The UI is easy – it is designed for a lower age group than other next-gen platforms. We saw it operated by children as young as four, with ease. This means, unlike other consoles, it can be played by the whole family with ridiculous ease. However, the UI and more specifically the menus do have one issue. They are ‘laggy’, there is a constant lag between choices and actions. This can be an issue when all you want to do is play a game or watch a movie on NetFlix.

WHAT IT’S ALL ABOUT: GAMING

The crux of any video games console is gaming – as much as we like gimmick and entertainment factors, the gaming attributes are a core reason for purchasing the console in the first place. Therefore, the Nintendo Wii U is awesome – it’s not a powerhouse but it’s fun. You can play games as simple as booting up and clicking go. However, what makes the Wii U so great is the pure fun aspect of gameplay. Nintendo has a heritage that Sony and Microsoft have yet to completely achieve. For over 25 years, Nintendo characters from Donkey Kong to Super Mario have set the tone for gameplay. For all the rhetoric of Call of Duty or KillZone, playing Super Mario Bros or Zelda is just as entertaining and thrilling. Yes, the gameplay rendering could be better, more RAM and a more powerful graphics processor could have helped. They could have a LAN port to help make internet more stable and they could have made the controller a little smaller. But you get to play Mario and Donkey Kong! You get to be the controller in a way we have yet to see or experience on the Xbox One or PlayStation 4.

Just like the PS4/XO, you have access to a flash-enabled browser. It’s a lot more functional than the PlayStation 4’s horrid browser however, it doesn’t give you the same technical prowess of IE on Xbox One. It is a nice middle group between a horrid experience and a rigid IE experience – this is due to the presence of Mozilla code at it’s core. But as I have always pointed out – in an age of smartphones, PCs and tablets who the hell really uses their consoles to search the bloody internet?

Unlike the Microsoft and Sony alternatives, Nintendo has yet to release a Miiverse inspired app for iPhone or Android. There are rumours of an app in 2014 (however many said an app was imminent in 2012 and then again in 2013). However, it’s a gimmick and the presence of the GamePad really makes the app redundant. The Xbox One SmartGlass and Sony app makes the case for another ‘visual entity’. However, you don’t have a four inch screen on your Xbox One or PS4 controller do you?

THE GAMES – WHAT TO BUY? 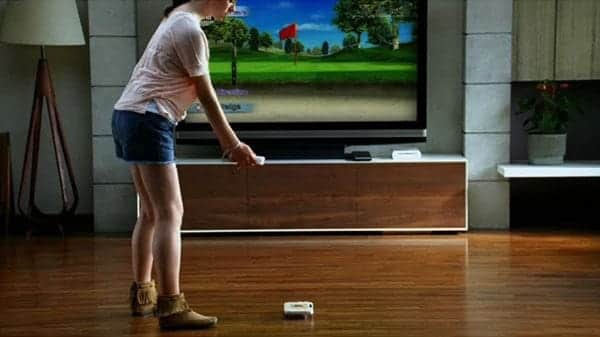 A lot was made from Electronic Arts’ downsizing in 2013 of it’s Wii U offering. Many developers have literally avoided the platform. However, whilst sales figures have been cut – they have not removed the console from any single global territory. Units are shifting. Therefore, you need to consider the games you can buy. They are cheaper, which is a big plus, as the £50 price tag on Xbox One or PS4 is dwarfed by the price reduction of the Wii U titles – starting from £ 14.99 and upwards to £39.97. There is a huge selection. If you want Disney Infinity or Skylanders, its there. If you want Just Dance or Wii Sports Connection, it’s there. If you want Zelda, Mario, Donkey Kong or even Sonic – it’s all available. You want Call of Duty Ghosts or FIFA 14, guess what, it’s also available. So don’t be put off by online rumors of ‘lacking solid titles’. There is a whole plethora of single player to family friendly titles available – at a fraction of the Xbox One or PlayStation 4 price range.

Unlike the PlayStation 4 or Xbox One experience – it feels more fluid (albeit with a dodgy UI). The Wii is a family-friendly console – it’s designed for fun and not long periods of solo multiplayer carnage. So if playing Mario Kart with your niece and Nan is not your cup of tea then opt for another console. However, if you want to experience an open and friendly gaming console that can bring families together, you can do no worse than buying the sweetly priced and well title-stocked Nintendo Wii U. The main drawback of the Wii U is technical – it does not have the equal power of the Xbox One and PlayStation 4 and this is clearly visible.

Our verdict, we gave the Nintendo Wii U a solid 7 out of 10