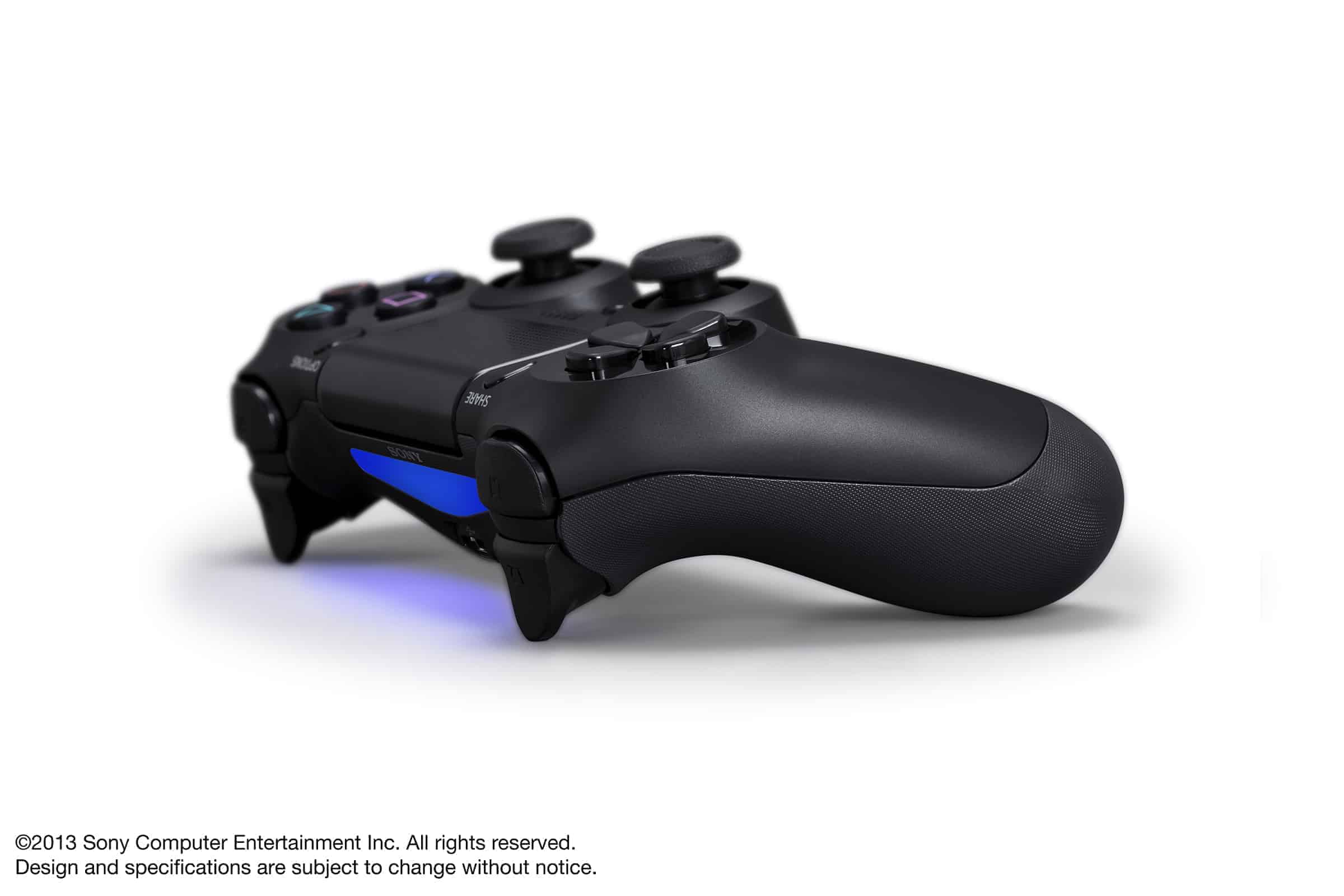 If you’ve been following the next-gen console race, you know that Sony had revolutionised their Dualshock series of controllers and incorporated a touchscreen into the centre of the controller, much like WiiU’s. There was significant debate at the time as to whether or not the touchscreen would be to the PS4’s detriment or advantage, with many websites taking a look at the prototype images that were released or leaked (depending on who you asked).

The change to the Dualshock series was obvious. The central portion of the controller was being completely replaced with the touchscreen while everything else took on a much more streamlined appearance. Rather than shine and feel slick in your hands, the new controller appears to be something that you can firmly grasp onto as well as solving the annoying problem of having your thumbs fall off the analog sticks, an issue that mainly came to light after games like Heavy Rain were released that required some extensive analog stick twiddling.

Reluctantly, at the time, I decided that the controller would be an improvement over previous models, but that the touchscreen was the one thing that stuck out as terrible (besides the plan that there’d be a social media button on the controller which is bad no matter which way you look at it). I’ve toyed around with the WiiU controller and it’s extremely distracting to be looking at the TV and then having to look down at my lap to go through a mini-game, navigate a menu, or commit to a quick time event. I’m an individual that’s really into immersion and getting lost in the game, and consistently needing to break my attention away from the onscreen action, is the best way to make me not enjoy myself.

Luckily, Sony seems to agree with my opinion, so I’ll stop you right here and take full credit for what’s coming next. That’s right, this is all my doing! Okay, maybe not. Nevertheless, Sony has decided after much deliberation that the touchscreen couldn’t be that great of an idea and has officially scrapped it before the PS4 release date. The matter of the touchscreen came down to cost and usability, both of which were negative to the point of justifying the removal of the concept. I have to hand it to the engineers as they were really thorough with the new controllers this time.

Designs of the Dualshock 4 began coming to fruition as early as 2010, with the project being led by Toshimasa Aoki, one of the leading figures in the planning of the Walkman, PSP, and PS3. Primarily, he dealt with the disk drives but it was time to switch it up, and I’m honestly grateful. Sony, and their planning department, went through twenty different prototypes before deciding on a final model.

So, what’s replacing the touchscreen? Will we have the typical PS logo button, the Select button, and the Start button? The answer is still no as the touchscreen appearance is sticking, but is being replaced with a touchpad instead. The difference between the two is subtle and took me a while to figure out, but it turns out that you won’t need to constantly break your concentration to browse menus on a screen that’s on your lap. Instead, the “screen” becomes an extension of the controller, allowing the game to program additional hot-keys into the pad that activate based on where you click with your fingers, although there’s really only one button. That’s right, it’s touch sensitive and knows where you’re pressing, just like a tablet or mobile phone.

I’m excited for seeing how the touchpad gets utilized by developers. Although the games being released along with the PS4 will likely not have many uses for it, the video games being designed and released a year or two from now just might find some excellent gimmicks that can innovate how the touchpad gets used by gamers. In the end, I’m just happy that I won’t need to spend my time gaming, staring at my lap.

What do you guys think? Will the touchpad be a success or a colossal failure?