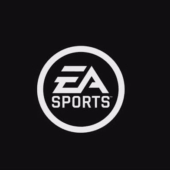 EA Sports is a division of Electronic Arts that develops and publishes sports video games. Formerly a marketing gimmick of Electronic Arts, in which they tried to imitate real-life sports networks by calling themselves the "EA Sports Network" (EASN) with pictures or endorsements with real commentators such as John Madden, it soon grew up to become a sub-label on its own, releasing game series such as FIFA, NHL, NBA Live and Madden NFL.

With nearly thirty years in the game, and partnerships with major sports leagues, their storied titles are some of the most popular in the world – and EA Sports is only continuing to grow and further solidify their status as a leader in sports entertainment.