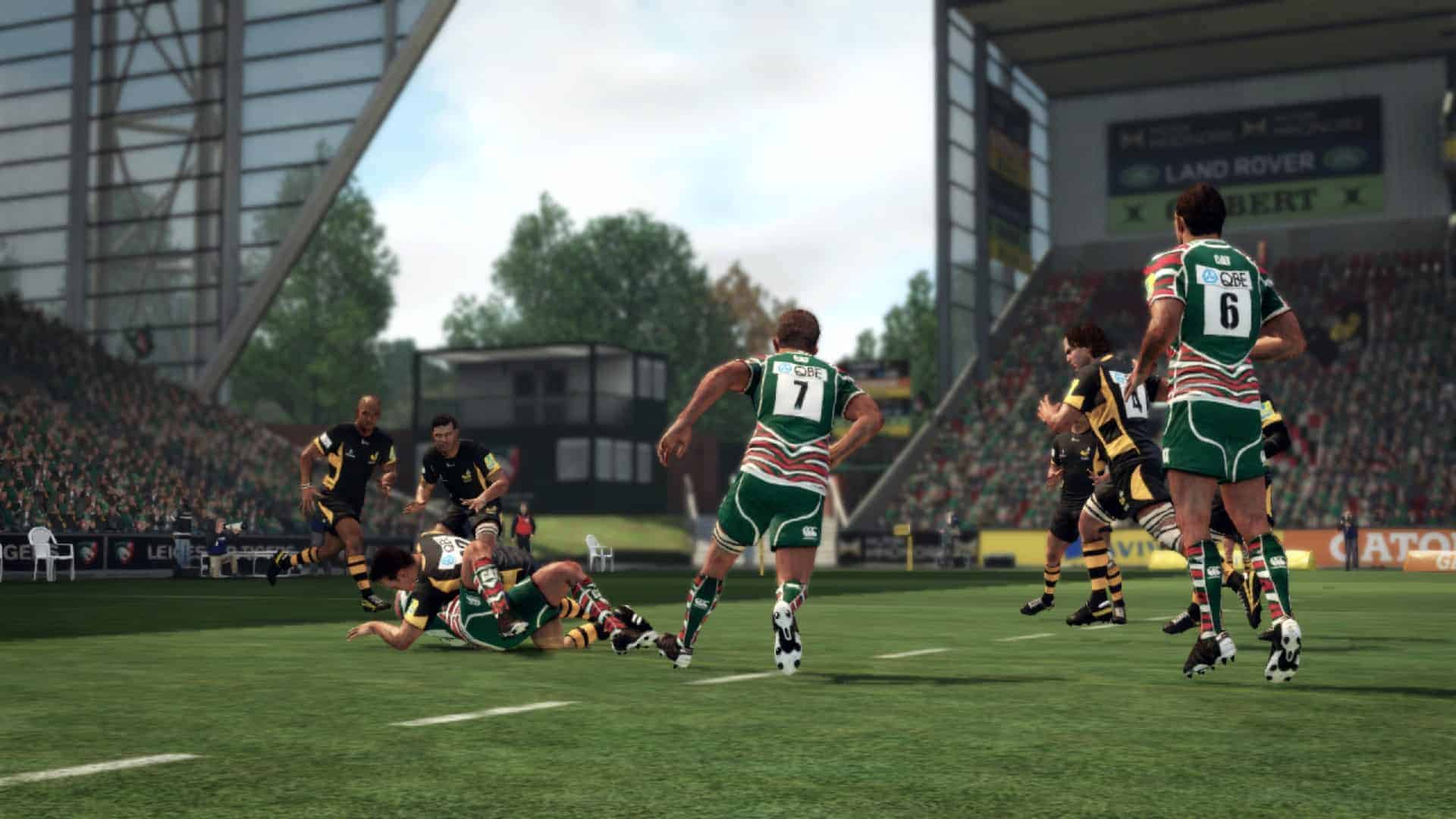 A challenge indeed. I don’t know what disappointed me more, the endless wait for this title, or the game itself when it did finally arrive. The release coincided with the recent British and Irish Lions tour to Australia, a time when the world was in the midst of rugby fever.

Unfortunately, rugby fever was not enough to hide Rugby Challenge 2’s flaws, which are plentiful and render the game nothing more than a fun couple of hour romp. There are some nice touches. The audio is much improved, the crowd noise is in tune with the match action, and the on-field noises are realistic and satisfying. The commentary, however, is disjointed and wholly irritating. Observations from the commentary team occur sometimes 15 seconds after the event.

The game-play is too frenetic, impossibly hard one second and then laughably easy the next. Of course, we have been spoilt by EA’s major sporting titles such as FIFA and Madden, and to expect Rugby Challenge 2 to have the same slickness and fluidity is unfair. But, the gap between these games is at present, a chasm. Hard-core rugby fans will enjoy the game modes, player customization and all the statistical aspects to the players and teams. They will also what is the games’ shining light in terms of game-play, the rucking and counter rucking. This feels very real and enables you to switch from defense to attack with good effect.

Player likeness is virtually non-existent. All players seem to have spent too long in an Essex tanning salon, and their ratings are not reflective of their real-life counterparts. For the not so inconsiderable sum of £50, I expect better in every department. Rugby Challenge 2 feels amateur and rushed, ironic given the 12 years they have spent developing it.

For all the promise, Rugby Challenge 2 has not delivered. It is a crying shame, as some elements could be built upon to create an enjoyable franchise, but the flaws far outweigh the positives. As a rugby fan, I would love EA to pick up the mantle and create a rugby game that does the sport justice in time for the World Cup in 2015, when the market will swell with new rugby fans.