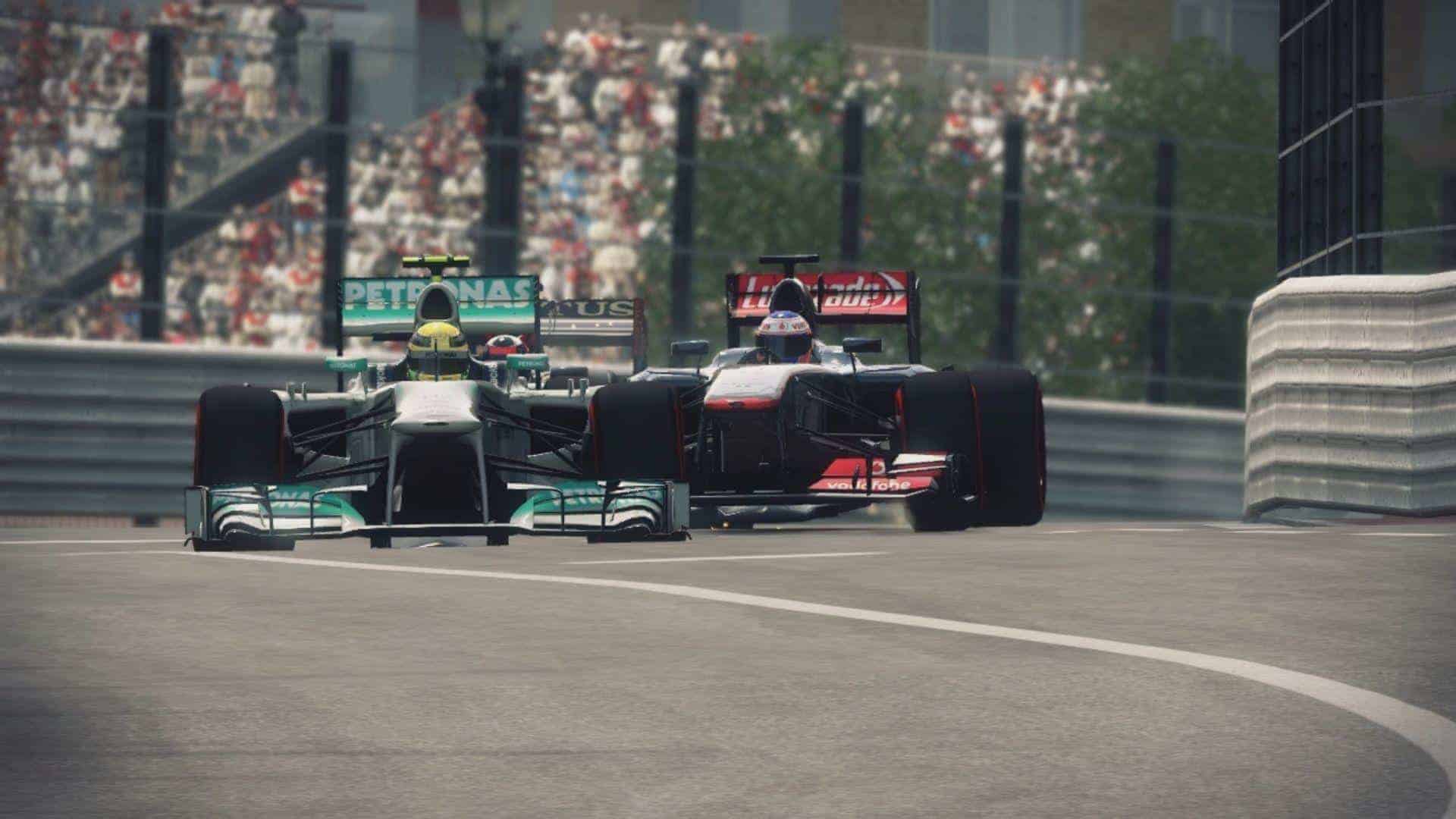 I am a massive fan of F1. I’ve been hooked on it since 1994 when, as no more than a wee lad of 6 years old, I turned on the telebox to be presented with these loud, fast, colourful machines hauling ass round a strip of asphalt. F1 isn’t everyone’s cup of tea but for those of us who love it, this time of year is a turning point. The F1 season has come to an end, a German has more than likely won the Drivers Championship and our attention turns to Christmas and the January testing of next year’s cars.

However, not all is lost. We can still get our fix of F1 and this year it’s courtesy of Codemasters and F1 2013. Codemasters has been producing F1 games since 2009 after announcing a deal in May 2008, securing the rights to F1 when Sony’s deal expired. Now into its 5th generation, F1 2013 is here to give us F1 fans that little pick-me-up we need during the off-season.

Codemasters were kind enough to send me a Steam key for F1 2013 on PC last week. I’ll admit, I was ecstatic! F1 2013 is a game I have to have, and I’ve got it. Having gone through the trials and tribulations of the last 5 years since the inaugural version in 2009, I always look forward to getting a new version of F1. The 2009 – 2011 version were, shall we say, ‘difficult’ to play. The cars snapped so violently on the loss of traction that it was nigh on impossible to catch resulting in numerous spins per session. 2011’s iteration was vastly improved. An element of ‘drift’ was now in the game allowing for those hasty stamping of throttle moments to beat a fellow competitor out of a slow corner. No longer did I find myself pointing the wrong way and ultimately, at the back of the pack. I’ll admit, I didn’t play a lot of F1 2012. I was on holiday when it was released and by the time I got back, it was all about Call of Duty: Black Ops II so, I never actually played it past the young driver test. However, I could glean a good impression of the game and F1 2012 was a lot more ‘understeery’ then previous titles. It felt as if  the front tyres were made of plastic, much like you’d find on the model cars!

Anyway, this is about F1 2013, not the history of the F1 series. Perhaps I should do a comparison  of the last 5 titles, look into the evolution of the F1 series? Leave a comment if you’d like to see that. 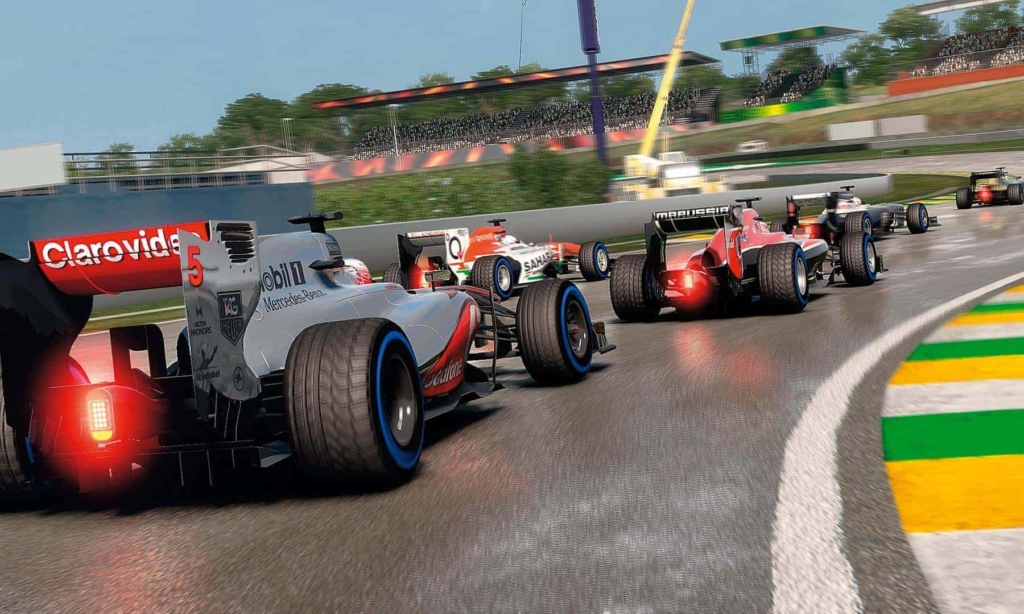 So, finally, we’re here…onto what I think about F1 2013. Well….it’s not what I expected. It’s very very different. F1 2013 is vastly improved on any and all previous iterations. Playing on PC, and being a console gamer as well, I initially had to use the keyboard to drive with. Just don’t…whatever you think, you can’t. Having a choice of all or nothing for throttle and brake, it really doesn’t work. So, got an Xbox controller wireless receiver, using a proper controller, it opens the game up to what it really is. That is, the best F1 game so far.

Why, I hear you ask. Ignoring the Classic Edition elements for now, let’s look at the bulk of the game that is ‘Career Mode‘. It’s very familiar. Loading up F1 2013 you’r met with that cheeky chappy David ‘Crofty’ Croft, introducing F1 2013. It’s a nice touch. The interface is all pretty much the same which is nice. Serial games shouldn’t change massively year to year. I should be able to jump straight into the game knowing what I know about the now redundant version, I was playing the day previously. There is some weird ass bug though. For some reason, and I don’t what it is that causes it, sometimes the game loads in windowed mode and 800 x 600 resolution. And it is a big deal because you have to quit the game, go to My Documents -> My Games -> F1 2013 and find the hardware config file, open it in an editor, find where it says fullscreen= and change false to true. It’s a total ballache!!! Hopefully it’ll be fixed soon.

When you start a career, well, you can’t because you have to complete the ‘Young Driver Test’ first at Abu Dhabi. But, once done and depending on how well you do, teams for your first drive are unlocked. I was good enough to get Torro Rosso. Not too bad, mid-field team, better than the crappy Caterham I drove in F1 2011 for my first season. Skipping past the, somewhat, chore that is the ‘Young Driver Test’, I get to go out in a proper full blown session. Practice at Albert Park, Melbourne. This is where I find that what I’m playing is nothing like F1 2011 or F1 2012. Turn 2 at Albert Park is immediately preceded by Turn 1. A 90 – 100mph right hander taken in 3rd or 4th, I use 4th, and leads into the long left that is Turn 2. With this quick direction change, the car is unsettled and adding power is just asking for trouble. However, I’m blown away when my mighty Torro Rosso pitches into a beautifully controlled drift. Rather than finding myself jumping on and off throttle to get it in a straight line and slowing to a pedestrian pace, I’m full chat, tyres smoking, leaving huge black lines through Turn 2. It’s epic! Finally, I can chew up my rear tyres in 4 laps without spinning. This becomes even more apparent at Shanghai International Circuit, China where we’ve got that monstrous parabolic Turn 13. You know the one, tight left hairpin and then the never ending right hander before the runway of a back straight. Ok, so I’m a setup genius and the car was perfect but, I can go through there maxed out controlling  the slide and entering the back straight at a sensible speed. And no, I don’t use traction control before you sceptics start to discredit my awesome car control!

What is seriously refreshing, is I’m finding that my opposition now act like they’re the best in the world, not just there for the experience. I’m having proper ding dongs with the AI. In former F1 games, the key to success was take the lead on the first lap  and it’d be a cake walk from there to the finish. The AI that were in front of you were quicker than you, the ones behind were as quick or slower. It was too predictable. The AI are now fun to race against. They don’t crash into you, they do spin off and make mistakes. I  took the lead off Raikkonen through the tricky Turn 14 at the Sepang International Raceway,  when he ran wide and ended up in the gravel. Boy did he fight back though, and it wasn’t till he turned his motor down was I able  to build a second or two gap that saw me home.

F1 2013 has really worked hard at improving  the general gaming experience with improvements to the key areas that make the game realistic. It is a racing  sim after all. Tyre wear now matters. Before, you could change tyres and there wasn’t that noticeable difference, the AI never seemed to slow  down no matter what tyres they were on and it just generally wasn’t a big part of the game. Punctures…let’s not forget those. I got one at the Young Driver Test. Totally inexplicable, Paul Hembery! It’s nice to have these things happen no matter how frustrating they may be, I want the chance of engine failure, tyre blowouts, gearboxes melting…it’s all part of the experience. I don’t want to find a difficulty setting where I’m not getting raped every race and can compete to find that I’m winning every race. It gets tedious. Things need to be taken out of our control and mean we need to fight for the championship.

I mentioned I was a setup wizard earlier and I do believe that there is more emphasis on a good setup now. If you get it just right, man you fly…in places, but are compromised in others. It’s great blitzing the competition in Sector 2, matching them in Sector 3 to struggle  and have to defend hard in Sector  1. I love it! Setup options and menus haven’t changed a jot but then there’s no need for a redesign really. It may just be me but an annoying bug is that, when it comes to saving my setup, I can’t. I think it’s because I’ve got the Xbox controller hooked up and in full screen mode, it’s disabled the keyboard. Windowed mode, fine no problem. But, if I ALT + TAB out to be able to type, there’s no way to get back to fullscreen mode. Did I mention there’s no option for full screen in the graphics settings? Absolute madness!

I’ll briefly touch on the Classic Edition additions to F1 2013. There’s not really much to talk about. There’s limited cars; just Ferrari, Lotus and Williams as manufacturers. Perhaps 12 cars  to drive in total from the ’80s and ’90s. 4 tracks isn’t exactly mind boggling either. You’v got Jerez, Brands Hatch, Imola and Estoril. It would be nice if Codemasters could build on this and we could see a standalone game in a few years called Classic F1 or something, that harks back to the champions of the Moss and Fangio era. The Classic Edition cars  do all handle uniquely which is great, just want more of them! 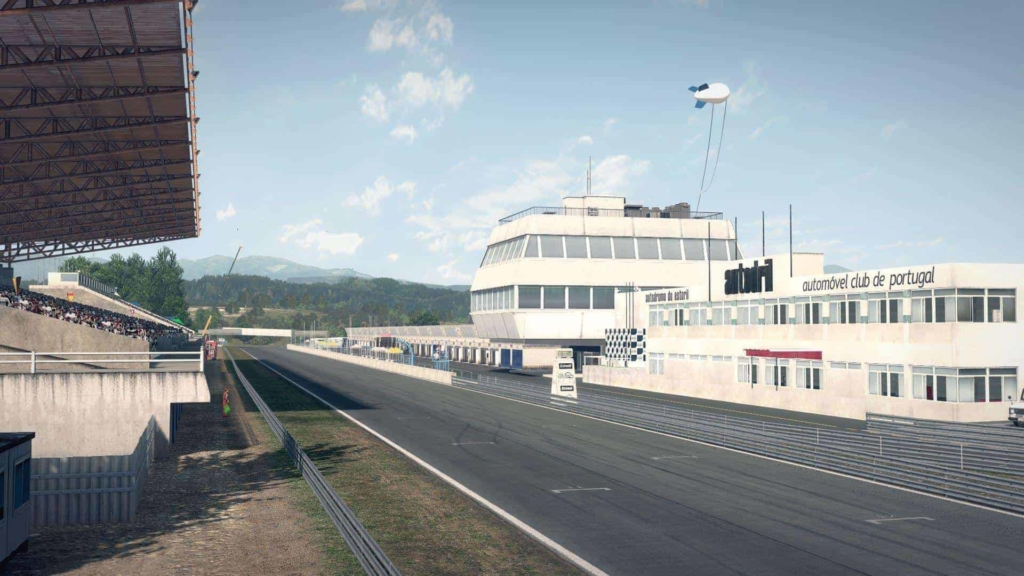 Last thing really worth talking about are the graphics in F1 2013. They’re not mind blowing, there are glitches but they’re certainly not shoddy. I run everything on ultra ultra maximum plus boost setting at a resolution of  1920 x 1080. Full system stats will be at the bottom of the article. It’s very smooth, the sound is good and crisp and overall, while it’s not next-gen quality, it’s as good as current gen gets. Referring to consoles there. This is fine because F1 2013 is designed for PC, Xbox 360 and PS3. There is no Xbox One or PS4 versions of the game and nor will there be.

Overall, F1 2013 is really very good. It’s got to a point where it now just needs to be refined. If they develop something totally different for 2014, I’m going to be pissed!

F1 2014 is going to be super exciting. If Codemasters stick with the formula they’ve got here (no pun intended,  well maybe a little one), for how the cars handle, refine the AI further and are then able to work with the next-gen graphics capabilities, I think we’re going to be blown away with F1 2014. Especially as we’ve got the massive shake up that is the 2014 regs change. Turbo, full time KERS, new chassis and aero packages…it’s going to be an  epic year for Formula 1, Codemasters, you, me and F1 2014.