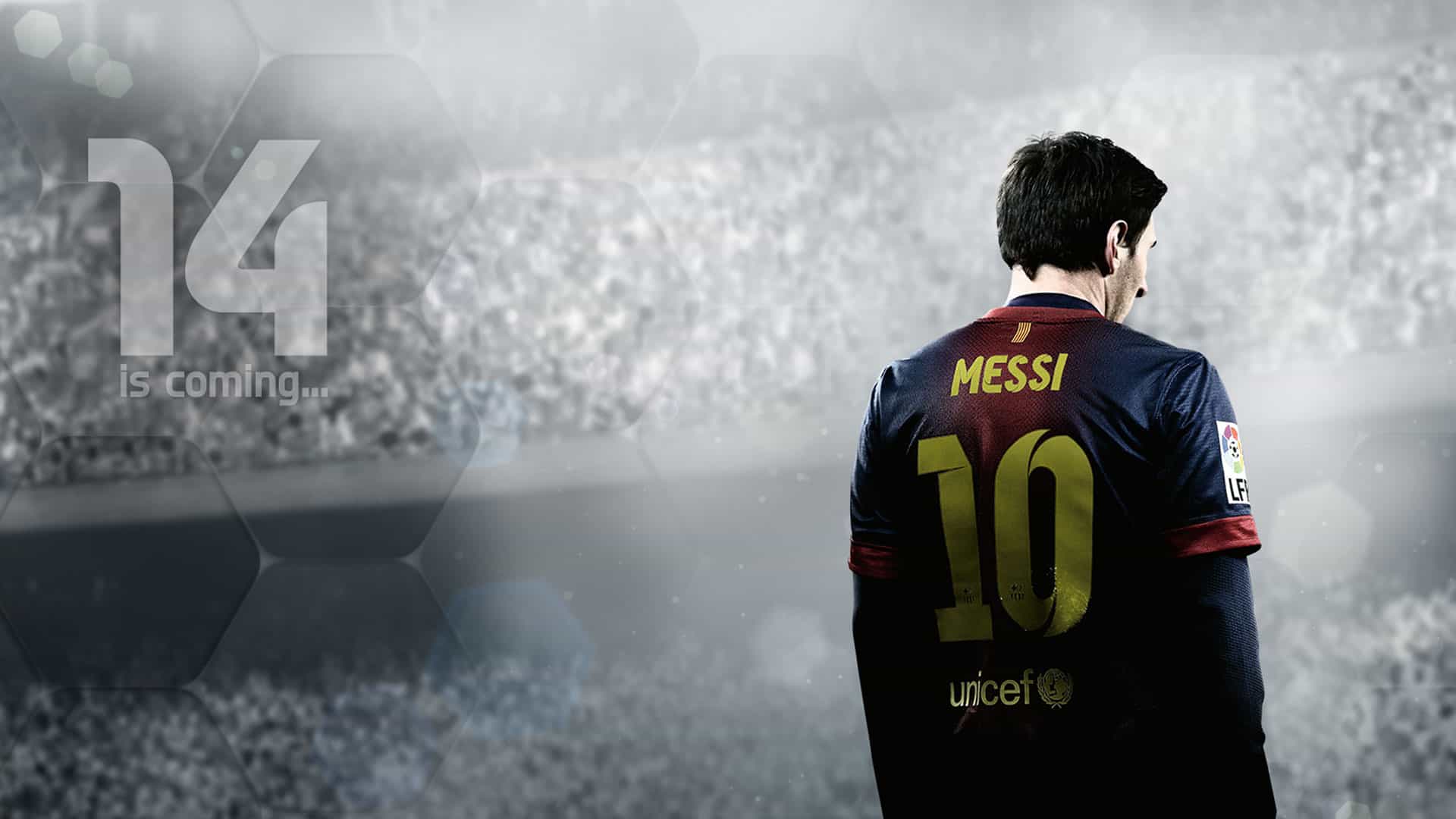 I love this time of year. Summer is drifting into the early throws of Autumn. There is a slight chill in the air.  This, laddies and gentlewomen, can mean only one thing; the football season has begun after an obscenely long absence, and your team is already well on the way to glory (or relegation-insert as appropriate). Then, with the new season under way, EA’s annual football masterpiece rears its beautiful head. FIFA 14 is here.

So, has it been worth the wait? Err yes, yes it has. The first thing I enjoyed was that my preferences were saved from FIFA 13, so with just a couple of button presses, I was all set up. I am aware that this is hardly groundbreaking stuff, but I appreciated it, so you’re reading about it. The main menu is stylish and easy to navigate, with all the usual features present and accounted for. I launched straight into “Career Mode”, and was treated to the dulcet tones of Sky Sports veteran football commentator Martin Tyler, offering me a tutorial on how to use the “Global Transfer Network”, a brand new addition for career mode. Simply put, this is an advanced scouting system, allowing you to unearth players from Colchester to Cambodia. You inherit a staff of scouts, and you can dispatch them to find players. There is a list of specific criteria for the scout to identify in a player, from box-to-box midfielder to lightning quick. Once the scout has given you a list of players to choose from, you can then ask them to scout each player to a greater level of detail. This is a great touch (pun very much intended) and it brings a splendid level of authenticity to proceedings.

At this point i’m assuming you wish to know how the game actually plays. Well, in short, it plays beautifully. All the delights of previous FIFA games are there, players are scarily life-like, stadiums look fantastic and the crowd noise is an absolute joy to behold. There is a real sense of match day fever and FIFA 14’s stand out feature, the all new player movement, is truly spectacular. There were whispers that the players would move and adjust their bodies to best control the ball, something that really peaked my interest, and thankfully the whispers transpired. In previous FIFA games, it was fairly easy for a player to perfectly control the ball with their weaker foot and bomb on without breaking stride. No such luxuries in FIFA 14. Players will take the touch that will best protect the football and thus, the emphasis is much more on building play with good passing and tactical awareness. Only if a speed demon is given ample space will he truly be able to stretch his legs and leave markers for dead. I love this feature. It is ever so satisfying when you create chances through neat passing and movement (I actually clapped myself upon finishing off a slick move). There is however, a slight drawback with this intuitive player movement. On the current gen Xbox the way players move in order to get the right body shape, is ever so slightly clunky. It is by no means a blot on FIFA 14’s copybook, but it is noticeable at times. I was very eager to see how the game played on the next gen console, and my wish was granted at Eurogamer Expo. I had a bash on FIFA 14 on Xbox One, and it is frighteningly good and markedly different to the 360 iteration. The player movement is so fluid and intuitive that it’s honestly like watching a live game.  As well as gameplay being close to perfection, the visuals are fabulous. The level of detail is such that players shirts will crease up depending on which way their body moves. It’s the little details like this that highlight the chasmic power  improvement of the next gen, and it makes the game so immersive and real, it is taken video gaming to a whole new level. The term revolutionary, sits right at home here! The spectators are now in 3D which brings them far more into the game than on current gen consoles. You really get a sense of the match-day atmosphere. I gleaned this from playing only a few minutes on the demo, and when the game is released on next gen consoles later this year, we will be looking at an 11 out of 10 game.

FIFA Ultimate Team has all the ingredients for you fanatics to cook up an unstoppable squad. The layout is smart and user friendly, so those of you who are new to FIFA will have little trouble accessing all of the features that make this such an enjoyable game mode.  Players can enter auctions on every football related item they can think of; players, tactics, stadiums and medical help are just a few of the options available. These can all be purchased with XP and with such a depth of options, you will be forever tinkering with your line up. A particularly exciting feature new to Ultimate Team in FIFA 14 is Ultimate Team Legends. This will be exclusive to Xbox and promises to be a brilliantly fun feature. You will now be able to populate your squad with footballing legends of days of old. Think combining “Messi” with “Pele”. Hell yes, a partnership with talent of biblical proportions. Once on the virtual pitch, I had no trouble finding games with good a connection, and am pleased to report no rage-quitting.

The skill games are nicely varied and the introduction of ball machines feeding you footballs for some of the drills is a small but classy touch. They are difficult enough so that you have to really perfect your grasp of the controls in order to complete them, and this will give you plenty of ways in which to unlock even the most stubborn of defences. You can improve all aspects of your game using these drills; short and long passing, shooting, free-kicks, crossing and dribbling are just a few, and there are enjoyable extras within the drills such as landing the ball in a bin or dislodging water containers.

The creation zone is as fun as ever, with so many different levels of detail available. I even managed to create myself to a staggering level of accuracy (admittedly I was generous with general football ability and weight). You can customise a player from everything to the position and thickness of his eyebrows, to the colour and manufacturer of his boots. Hours can be spent fine tuning your ultimate virtual footballer, and seeing your creation take the field for your favourite team is a pleasing sight indeed.

FIFA remains the gold standard of football sims, and with the launch of the next gen consoles imminent, the mind truly boggles as to just how good this game will be. I, for one, can’t wait.