I bet you always wanted to be a boomerang-wielding martial-arts-using avocado with a taste for slice-and-dice, right?

Good, because you’ve come to the right place.

Boomerang Fu (out now for the Nintendo Switch, and developed by Cranky Watermelon) is a six-player, single-screen fun fest, playable by all ages. That’s the technical stuff anyway; so how does Boomerang Fu stack up?

Family games wouldn’t be reviewable without an actual family, so without any further ado, let me quickly introduce you to the team for this particular piece.

First, we have me. I’m the Dad in this situation, constantly having to pretend to be just a little bit worse at games than I really am, in order to give the little ones (and often the big ones) a chance.

Then there’s Deimos. He’s five and has grown up on a healthy dose of Minecraft and Mario. To be fair, much of the stuff he has to say is on the ridiculous side, but there’s often a little inspiration in there.

“I get to be a banana!” he says of Boomerang Fu, so that’s an immediate fan right there.

Alicia is thirteen. It’s her Switch, and we had to drag her off Zelda to get a look in. She’s completed it, but there’s still stuff to collect. Ah, the joys of too-much-time.

And Taeha. Fourteen, likes the odd game, but hardly a gamer. She’ll pop in and out of playing games, and is usually a hard audience to please.

It’s a cold December outside, and a warm Christmassy vibe inside. Bring on the boomerangs.

When you need to entertain an entire family, first impressions are key. There’s always going to be someone who doesn’t have the patience to sit through the trawl of option-changing or controller-setting. Thankfully, Boomerang Fu is great on this score. There are plenty of tweaks we can make later, but we can get right in and play.

D: “I’m definitely going to be the banana.”

Yeah, we knew that…

It’s a bit like that first go at a Monopoly board for older readers, where you argued over the iron and the cute dog, or the hat. I like the hat. In this case, Boomerang Fu provides us with a selection of food. And a coffee cup.

I was tempted by the doughnut, but went for the avocado. I’m trying to stay healthy; this body doesn’t need any more sugar.

There’re only four of us, and the game allows for bots to make up the players up to six. I put on a couple and immediately set them to hard.

There are some looks, and I drop it to medium. Fine.

Boomerang Fu is a top-down last-man-standing type of game. Your cute little foodstuff runs around (quite snappily) trying to slice the opponents with your boomerang. You can hold it in your hand and cut with it like a short sword, or you can throw it and try to kill your fruit-children from across the arena. It’s immediately fun, immediately funny, and then:

Yes, the coffee cup stands supreme, and points are awarded—one per kill achieved. There’s a line of these needed for victory, but at around thirty seconds to a minute per round, it’s not going to take too long.

So, what do you do in this game, then?

At its core, Boomerang Fu is incredibly simple. You just want to stay alive, and chop up as many of your adversaries as you can.

As with all good games though, there’s a reasonable amount of depth.

First, we have the free-for-all game. Each death you inflict gets you a point, and a number of rounds are played, with different and entertaining arenas, until someone has enough points to win.

Then there’s a team variant, where you can split into two groups and work together. A great touch, especially for those seeking to balance skill levels and give the younger kids more of a chance.

And third, there’s a ‘golden boomerang’ option, where the win is determined by grabbing the coveted weapon and simply holding on to it for long enough. “Run away!” is a phrase often heard here. I admit, I somewhat unfairly dismissed the golden boomerang game at first, but it really changes the pace of the action and is a welcome addition to the overall fun.

It’s in the title, but it’s very easy to forget that the boomerang is at the centre of this game, especially when you’re busy enjoying the cute food graphics. Do so at your peril, though, because the cleverness in the game really is with the boomerang.

At its most basic, the boomerang provides you with a slashing weapon, to run past your victims, press a quick attack, and hope you got them before they got you. This was the tactic we all employed in the first few games, until someone stretched enough to learn how to throw the thing (it’s simple, just a different button).

Throwing the boomerang opens up a whole new world. As it spins across the screen, you hope it’ll cut an opponent as it goes, but then something happens—it comes back.

Yes, I know; it’s a boomerang.

It coming back is key, though, and the developers have been clever to work on this aspect. Because while it is out there, waiting to come back, it’s not in your hand. This means you are defenceless, and attackless, unable to do any damage to anyone or anything for a few seconds as you wait tantalisingly for its return.

It can be pretty tense. Especially when it loses momentum and just drops to the ground. Then, you are left chasing across the screen to get it, or holding down the button for a magic return, and hoping it comes back to you before the carton of milk that has you in its sights gets too close.

The damned bots are quite well trained. On medium they provide a welcome couple of extra players, on hard, they’re actual adversaries.

As the time ticks on, and the game is practised, we all become more adept at the throw-and-return buttons, as well as making that all-important decision; to hold on to the ‘rang, or hurl it out into the void, hoping for a long-range kill.

Of course, it’s not quite that simple.

Powering up the multiplayer fun

If you thought your basic boomerang was a deadly weapon of unparalleled value, then think again, because it’s about to go nuclear.

Weapon power-ups are hardly new, but they are handled superbly in Boomerang Fu, providing extra tactics, and a wide range of hilarious effects. As with all family and party games, laughter is definitely part of the requirement, and there’s plenty of that here.

You have your obvious ideas—the exploding boomerang, for instance, which is pretty deadly—but beyond that are some really cute tricks. Teleport allows you to jump to the place where your boomerang landed, and telekinesis gives you more control just where you want it. There’s multi-boomerang for a screen of spinning death, and fire and ice variants to burn and freeze accordingly.

The best part, though, and I really mean the best part, is in the options menu, where you can choose the specific power-ups that you want in the game. Brilliant. In a family title, where you are often trying to find a way to keep the younger children able to compete, it’s greatly appreciated that you can turn off the things that they don’t quite have mastery of, levelling that playing field.

Deimos wasn’t a fan of explosions, and didn’t get much from teleport and a few others, so off they went. Disguise made him giggle a lot (“Look, I’m bamboo!”), so that stayed on for the duration.

Ah yes, the bridge. Hold the Golden Boomerang, and sit next to the switch that sends sweeping blocks of stone crashing across that bridge, and no one is getting to you in time. Good tactic, that girl.

The arenas in Boomerang Fu are hardly groundbreaking in their design, but they’re the perfect accompaniment to everything else that’s going on. Each one has a subtle twist to it, and provides a unique way to gain an advantage if you’re willing to learn it. Blocks that can squash you against a wall with a flick of a button, and moving rafts that need to be leapt onto at the right moments.

While the environments don’t seem to add too much to the frenetic craziness that is the main free-for-all game, they are really a feature in the more sedate Golden Boomerang contests. Here, an understanding of the intricacies of the level can be a key difference between being able to run away and hide, and simply being cut down in the open.

Nothing’s ever perfect though, and Boomerang Fu has its occasional flaw.

Standing still and flailing about while your little brother cuts through your midriff can be frustrating no-doubt. Once might be forgivable, but by the tenth time, Taeha was getting annoyed. Adding a button to allow your sushi-shaped avatar to wave at the crowd is a fun idea, if useless, but making that button a shoulder button on a controller in a position you can accidentally nudge was a poor decision. For whatever reason, Taeha was a particular victim to this nastiness and even though we told her to hold her controller a little differently, it made no difference. Smiling wave, death. Happy wave, death. “Hi everyone, look at me!”… Death.

It happened to me a couple of times, too, so I can’t cry “user error!”

Then there’s the slowdown if you don’t get the settings right. Thankfully, I’m here to make sure you do. Main options menu—turn off the slow-motion setting. Do it now, even before your first game.

It was probably thought of as a cute option—making everything slow right down when someone dies but go for a six-player Golden Boomerang game where you are immediately respawned upon death, and watch as the game grinds to a halt. There’s always someone dying, which means there’s always a reason for the game to go into slow mode. It’s like playing on an x386 in the mid-90s. Thankfully, we found the switch, and after that, the game was much more playable. Phew.

Finally, it is a little competitive and violent, and for many families that can be a no-no for the smaller children. It’s a shame because the gameplay is perfect for anyone of any age, but I would understand if a few people gave this one a miss because they didn’t want to promote their five-year-olds jumping up and down screaming “I killed you! Hahahaha!” at their siblings.

It’s hard, really hard, to find games that are genuinely good for all the family, but this is one. It suffers a little bit from repetition, though that’s mitigated somewhat by the multiple game modes, but if you are not looking for a game to take over your life for a month, that’s fine anyway. This is quick to pick up, fun for a couple of hours, and then maybe left for a bit, but you’ll come back time and time again.

It’s also something you do get better at with time. There is a degree of randomness to it; that feeling that you are just chucking your boomerang out there and hoping, but there’s enough skill to learn here, too. Mastering Boomerang Fu may take a little less time than some of the bigger titles out there, but it’ll be just as satisfying.

With Christmas coming, there’ll be plenty of opportunity to sit around and play something together, and if given a choice between this or Monopoly, I know which way I’d go, even if I am somewhat still enticed by that hat. 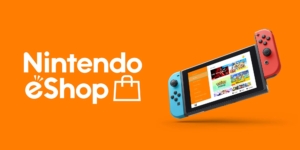 April in the Nintendo eShop

March in the Nintendo eShop

May in the Nintendo eShop 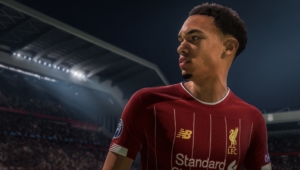 Why FIFA 21 is so Infuriating – A Gamer Girl Perspective 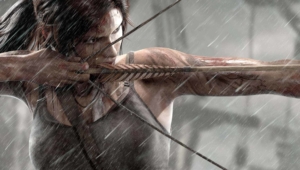