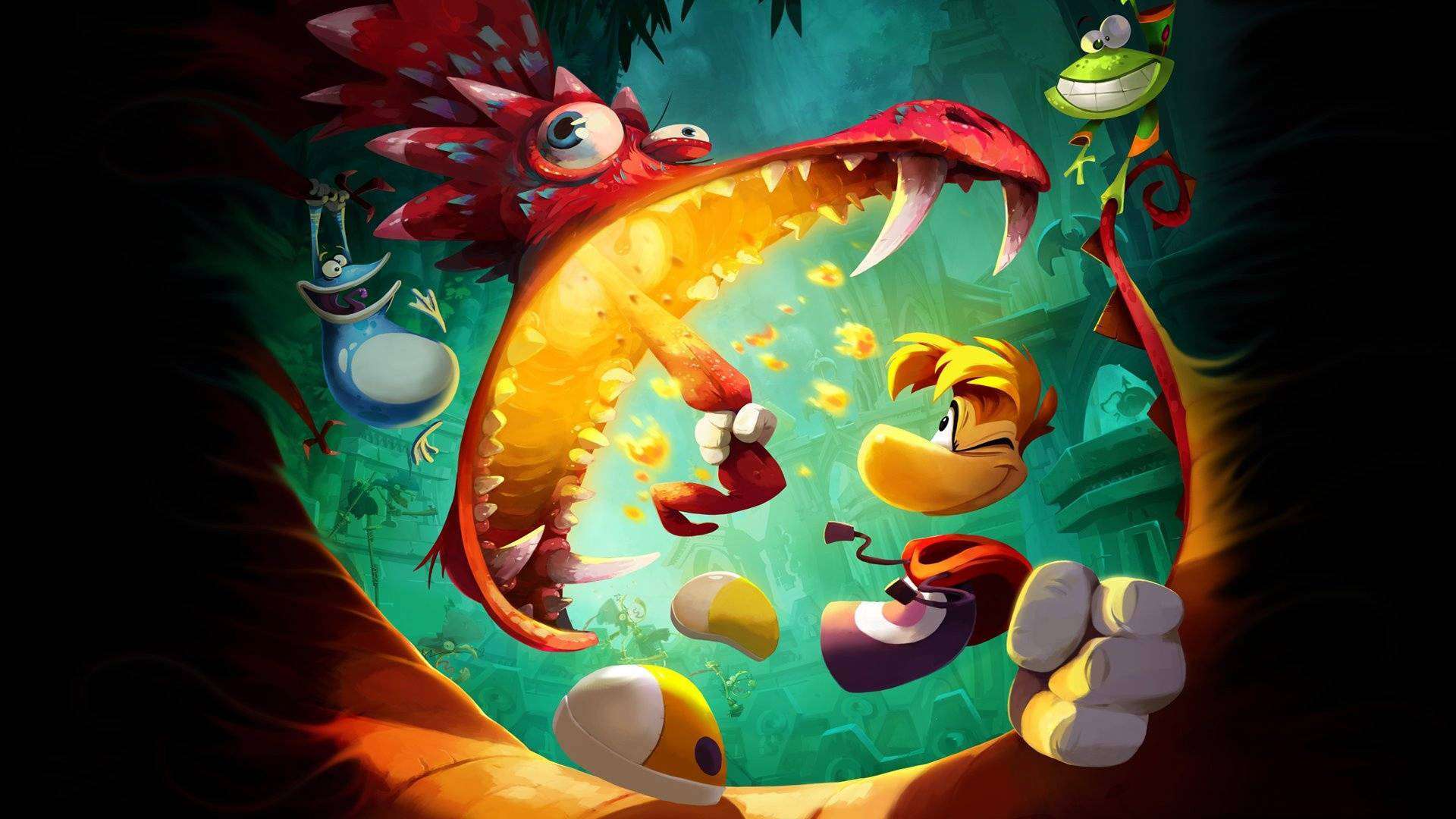 Rayman Legends is the next generation incarnation of the much-loved and classic retro title of the same name. It should be noted that the new ‘re-boot’ isn’t entirely new; Rayman Legends was released last year for the Nintendo Wii U. That being the case, the developers took advantage of the latest tranche of next gen console releases in order to placate the masses – so to speak. However, the game has been rather low-key. Ubisoft, the developer, hasn’t blown a fortune marketing the game. The title costs £ 25 from Amazon and the prerequisite ‘update’ when you first install the game takes less than a minute. How can a game that is literally ready to play, comes with a price tag that is nearly fifty percent cheaper than some other titles and is a bucket load of fun, not be a big hit? 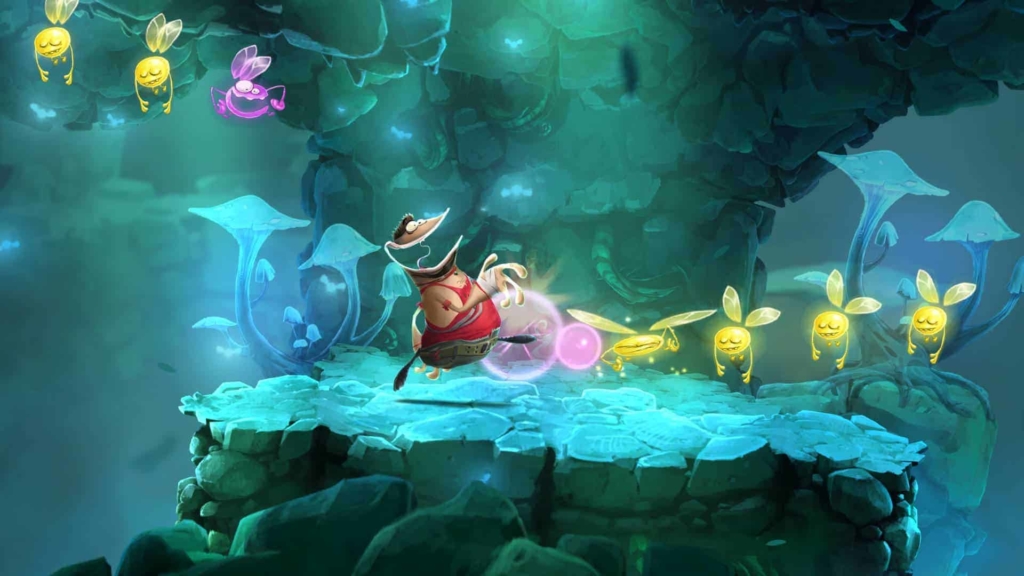 There is something rather remarkable about Rayman Legends – it is a sequel to the Rayman Origins from 2011. However, the game is a somewhat ‘stand-alone’ title. Now I can understand why the criticisms. You’re Assassins Creeds, Tomb Raiders and Battlefield 4s have a playability aspect that is truly freestyle – you can go and explore whatever you like. The 2D dynamic of Rayman Legends is a throwback and has probably hindered the game’s wider successes. But read on fearless gamers; for this game, this pantheon of fun is in fact one of the best games available. The rendering is smart, the gameplay is fluid and it is a bucket load of fun. This title is completely epic.

UGP believes games have three unique elements that, when combined, make a great game – even greater! Therefore, using the UGP Ozone review system, which means we focus on three elements that surround; the perspective (the storyline), the difficulty (how challenging the gameplay was) and how indulgent the game is – we decided to put Rayman Legends to the Ultimate Gaming Paradise test!

The storyline is bonkers! It’s a collective of stand alone adventures that weave together to incorporate a wider narrative. However, you don’t need to know too much about the storyline. In a nutshell, Rayman and his pals are, as usual wandering aimlessly around the forest, when they discover a weird and whacky tent which is filled to the brim with bizarre paintings – each painting holds a story surrounding a mystical and enchanted world. They are sucked into the first painting and thus the game begins. After that it’s simple enough; Rayman and his buddies run and jump and punch their way through secrets and evil to save the day.

The 2D platform game is as old as the video game console genre. However, there is something rather unusual and therein nice about Rayman Legends. The lack of freestyle doesn’t hinder the gameplay. In fact, the constant thrust and pace of the game delivers a challenge in another way. It allows you to engage with Rayman and his actions because the controls are totally reliable and trustworthy – there’s no double tapping or missed actions like Tomb Raider or Battlefield. The platform genre, however, is challenged in this title. You see, Rayman does things Super Mario Bros didn’t. It’s a fluid gameplay that sees a plethora of different game styles. For example, you have all sorts of different challenges that really make it even more challenging – from puzzles to shooting – and it all helps create an atmosphere that sees you constantly challenged but in a way that is both responsive and reasonable. 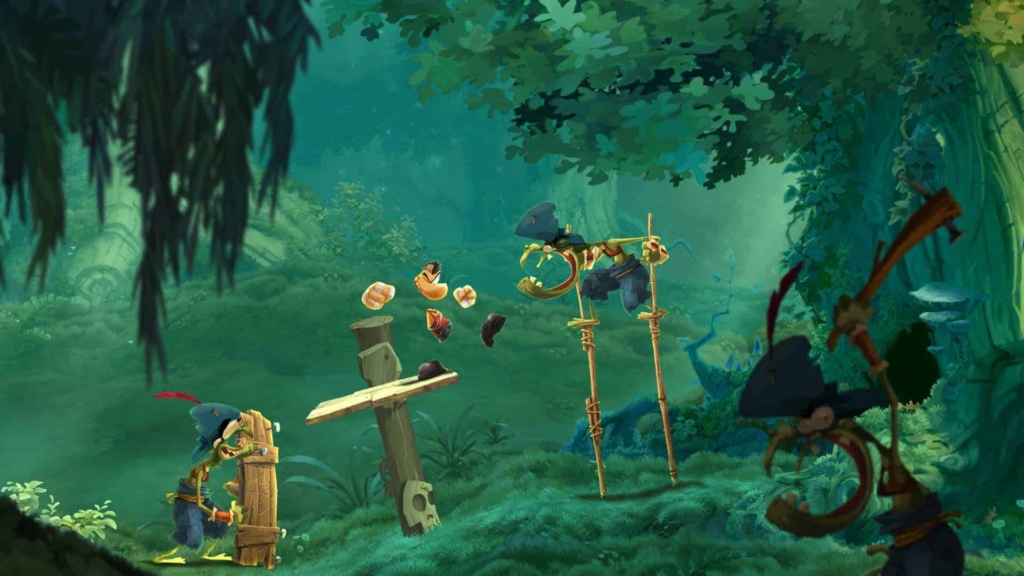 Rayman Legends is part of the Rayman heritage. Rayman has been around for nearly twenty years. It is a game that generations have come to play and love. However, retro fondness is only part of the fun factor of this title. You see, what makes this an epic title is how successful and accessible it has made the gameplay experience. It is a stunning visual treat and offers the best platfomer experience ever. This is what makes it an epic game and it is nothing but hours and hours of fun – granted there is no co-op or multiplayer, but really who is going to play Rayman online? It is a solid stand alone title that you can jump back and forth to between other games. More games should be like it, less serious and a bit more fun and laid back.

Super Mario made the platform game. However, in an age of next-gen greatness, Rayman Legends really takes up the mantle of best platformer. It is a great game that brings a wondrous and brilliant world of imagination and fun to your Xbox One or PlayStation 4. It is not a serious title, you don’t have to worry about patch updates or in-game purchases, all you do is simply pick up your controller and start playing. It is a rare game in a video game world full of such developments. Ubisoft and the team behind Rayman should be praised for this title. Yes, its 2D and yes it’s a port from the Wii U version. Yes, graphics could be better. But these ‘issues’ don’t hinder the gameplay. The game offers a solid balance of indulgence, challenges and an entertaining storyline. This is one of 2014’s most surprising titles. As such, Ultimate Gaming Paradise can give Rayman Legends an epic review score of 9.5 out of 10.