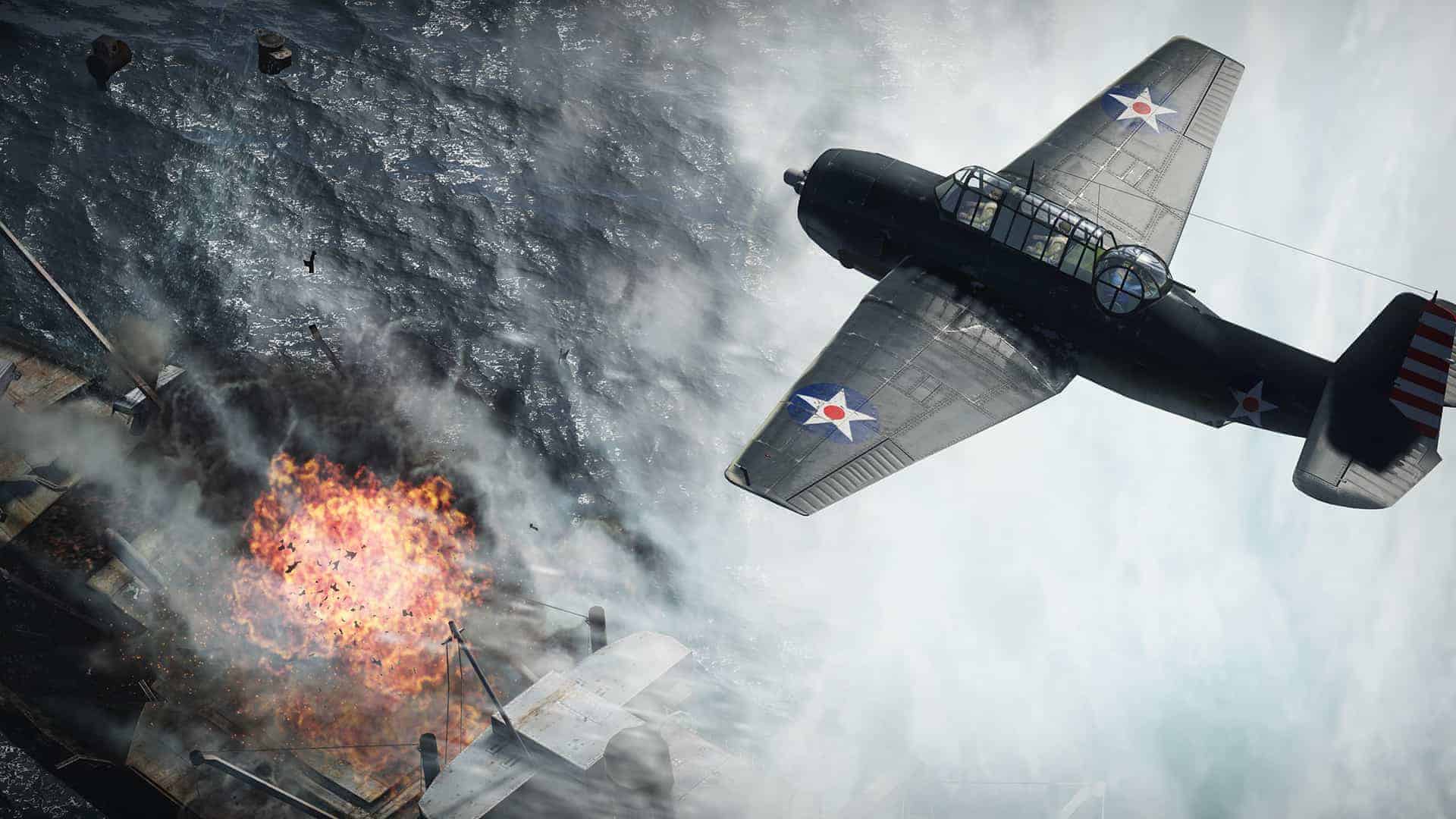 I never appreciated how awesome clouds are. From the ground the shapes can make faces, giraffes or Star Destroyers having intimate relations with a Snail. They are fluffy and innocent, rolling along in a nonchalant way making you feel like there are no troubles in the world. Of course, when you have a BF 109 or P-47 screaming down from those clouds with all guns blazing, the clouds suddenly seem very very evil. War Thunder, the free-to-play multi-player game providing these clouds, gives you some of the most iconic planes of the early 20th Century to shoot, bomb and occasionally kamikaze your way to victory.

The first thing I noticed is that War Thunder is aesthetically pleasing in almost every way. The planes are accurately detailed and modeled, from every exhaust pipe to the shape of each cockpit. For example, in the American research tree it took me hours to figure out the visual difference between two types of PBY Catalina (there was a slight difference in the Decals). When you eventually take off, the game engine makes you realize how smooth-as-silk the graphics really are as the glint of the sun reflects off the side of your plane or the deceitful clouds creep around mountaintops. Despite your plane being all shiny, at some point you will get shot at by someone who resents you bombing their tanks or strafing their comrades; the result being your plane pockmarked with holes and, depending on where the enemy bullets and shells land, overall flight becoming more difficult as bits of flap and elevator are blown away. I said it is almost aesthetically perfect because at the time of writing some graphical bugs means the sky can occasionally disappear; and since this game takes place in the sky thats a helluva shock to the system.

Despite the vanishing sky the game can still go on with ground attacks on tanks, AA guns and pillboxes using a variety of bombs and rockets; if your plane can carry them that is. Each plane can be modified and upgraded in different ways, depending on what the type of plane is.  Most, if not all planes can have modifications applied that improve survivability or performance.  Survivability upgrades such as armoured plated glass will help keep bullets and canon shells from riddling the plane and pilot alike.  In a similar way a new compressor or engine will boost top speed and climb rate meaning you can get the better of your foes and finally use those pesky clouds to your advantage.  When visible and within a certain range, enemy players will show up on your screen. This means that when an enemy player is hiding behind a mountain or in a cloud, it creates the perfect environment for them to thunder down onto their next victim without being seen until its tail shatteringly too late. As well as physical modifications to your plane, the pilot, gunners and ground crew can be upgraded with experience, improving various skills such as G-force tolerance and increased health helping you to maneuver with such velocity that would make the Red Baron himself vomit into his lap.

War Thunder thrusts you right into the action without really giving you any time to plan ahead. Games can last a few minutes or up to the whole twenty-five, and it’s a good game to play if you have ten minutes to spare before going to the pub (other non-gaming activities are allowed). This is what I enjoy about War Thunder; it is so spontaneous and chaotic that all you can rely on is that your enemies never get a lucky shot and your allies will have your back. It has a unique blend of dog fighting and ground attacking which can make for interesting and varied game play. I do fear, however, that players will tire of the game quickly, due to its limited amount of maps and only two main game modes, meaning you will find yourself more- often than not- playing the same map with the same game mode 3 times in a row.

War Thunder will appeal to both casual and hardcore gamers due to its arcade style and, if you choose it, realistic wing-tearing, flap-destroying game play. Dog-fights are intense and look and sound so real you sometimes forget you are just sat in a chair covered in the remains of the only ready meal in your freezer.  The graphical detail of both the maps and planes is sleek and well polished despite the occasional end-of-the-world glitch now and again. War Thunder is indeed a slick, nimble fighter, armed with plenty of interesting planes and customizable bits and bobs to keep you occupied for those Red Baron moments.