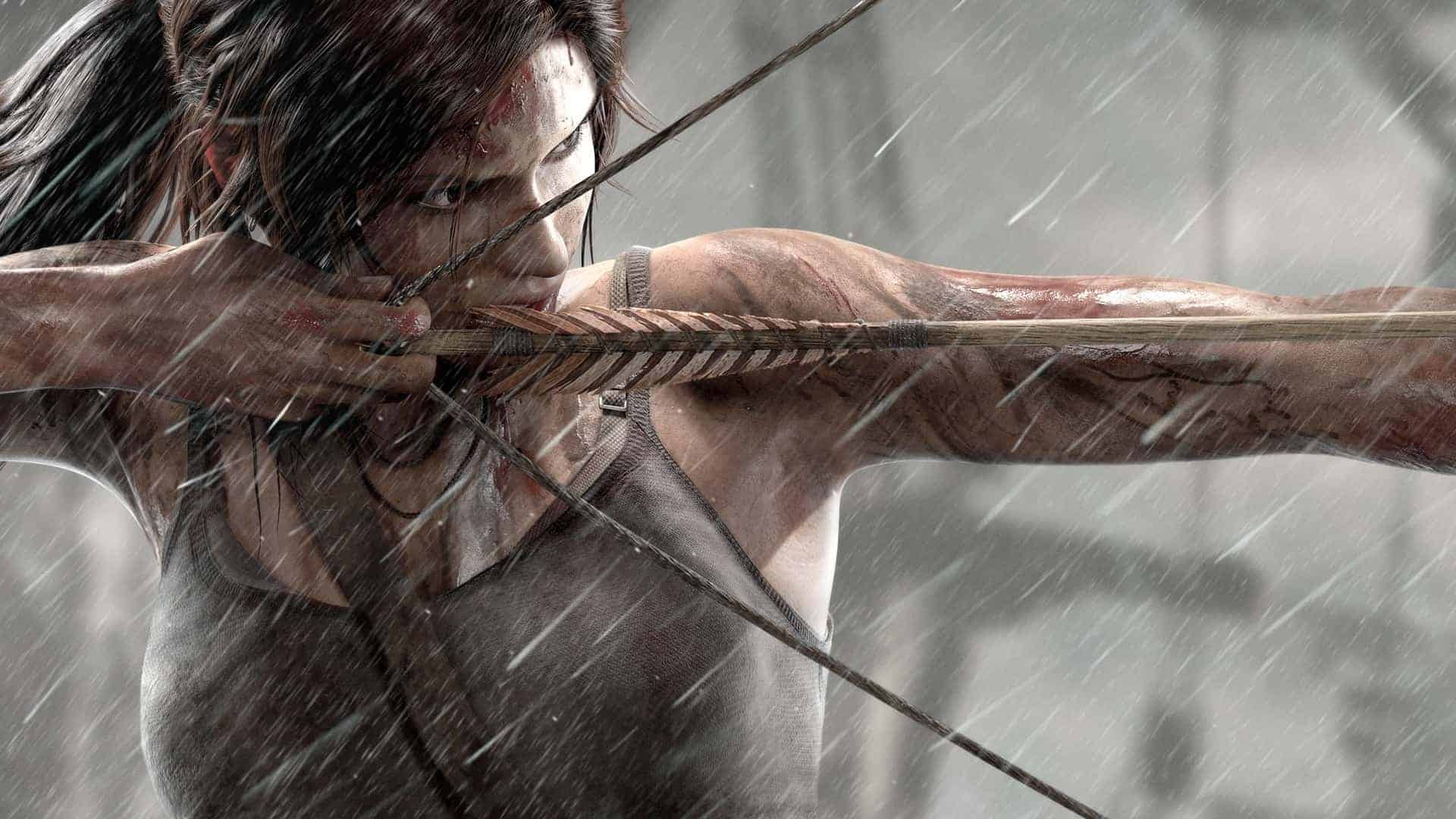 For those who have missed Lara Croft and her rather unique physiology – do not despair our Tomb Raiding heroine is back – and back with some serious attitude and some, well, serious balls! Lara Croft has returned after a long sabbatical. In late 2013, Square Enix released a ‘re-booted’ Tomb Raider title. It was met with lukewarm reception on the PlayStation 3 and Xbox 360. However, the release of the ‘next-gen consoles’ a few months later caused Square Enix a little headache; should they wait, or should they port? They ported and ‘refined’, which is probably the most apt description for Tomb Raider: Definitive Edition.

UGP believes games have three unique elements that, when combined, makes a great game – even greater! Therefore, using the UGP Ozone review system, which means we focus on three elements that surround the perspective (the storyline), the difficulty (how challenging the gameplay was) and how indulgent the game is – we decided to put Tomb Raider Definitive Edition to the ultimate gaming paradise test! 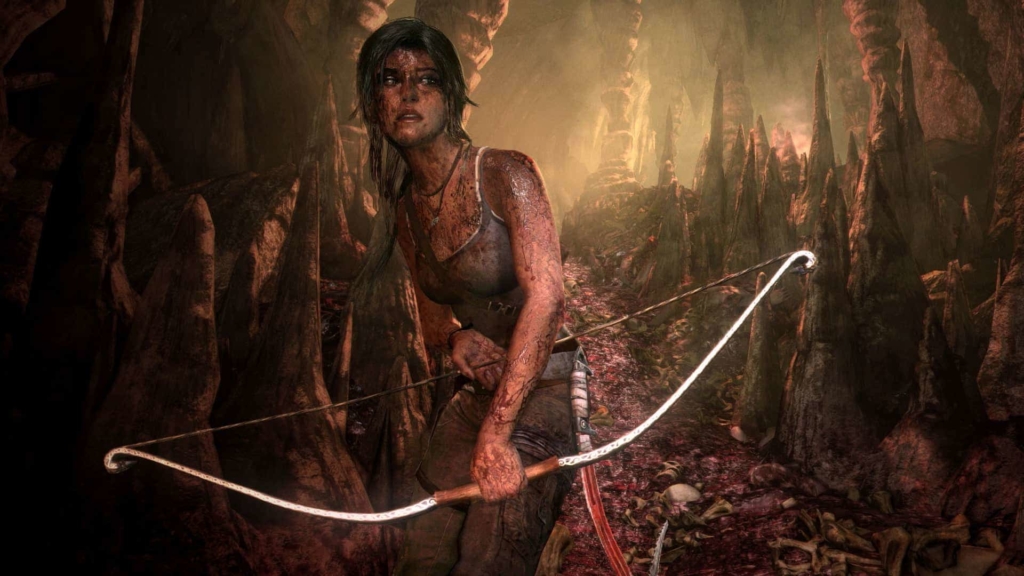 It all starts on a boat sailing to Japan – a young and fresh faced Lara Croft is with friends on a somewhat ‘gap year-esqe’ archaeological trip. This being a Lara Croft title, lets just say the boat doesn’t quite arrive at it’s intended destination. In fact, it sinks. Poor Lara, washes up on a remote island with her buddies. The island is inhabited, they soon discover, by tribal psychos and hordes of killer animals. The premise of the game, without giving too much away, is an introduction to Lara, before fame and fortune, and how she became the skilled tomb raider she later becomes. This is a brutal game – Lara starts the game in agony and it continues to get worse for the girl. Her survival skills – and yours as the game player – are tested to extreme limits. This is a dark period in Lara’s life and as such, the storyline is a continuous survival centric affair. The peaks, the rapids, the wolves and upgrading equipment all make this ‘survival’ theme so pressing and yet so fulfilling. For fans of Lara Croft, this storyline will not disappoint.

The platformer format has for several years now been influenced – for better or worse – by the experiences of Assassins Creed. This ‘freestyle’ approach, many argue, has helped to ‘speed up’ the gameplay and thus, as some point out, has made old fashioned gaming functionality – like combo buttons – obsolete. For those who want good ol’ fashioned platformer fun with ample challenges, you can do no wrong with Tomb Raider Definitive Edition. The game is really difficult, the lack of freestyle play attributes adds to this challenge. Many critics claim this is a reason behind the game’s so-called failure. However, I disagree; the game is difficult, but it’s a difficulty based on a more ‘hands-on’ approach. You need to hit the X button, for example, to grab ledges or pull on your axe to climb terrain. You need to cycle through your armory, you don’t automatically switch  to your gun when your bow runs empty. It’s refreshing yet deeply challenging – and I’d even say this is what gives it its ‘edge’. You see, this game is not like Mirrors Edge or Assassins Creed where our protagonist can accomplish great feats without any kind of issue or even breaking a sweat. Lara ‘feels’ everything and since you are in a perpetual ‘survivalist’ mode. It’s not meant to be ‘easy going’. This difficulty, whilst it can annoy the hell out you as you re-do some part three or four times before getting it right, this is what makes the game so epic. You feel accomplishment when you get there – and when you call the coast guard or other secrets you’ll understand and feel the accomplishment of getting Lara out of there in a somewhat safe and sound manner. 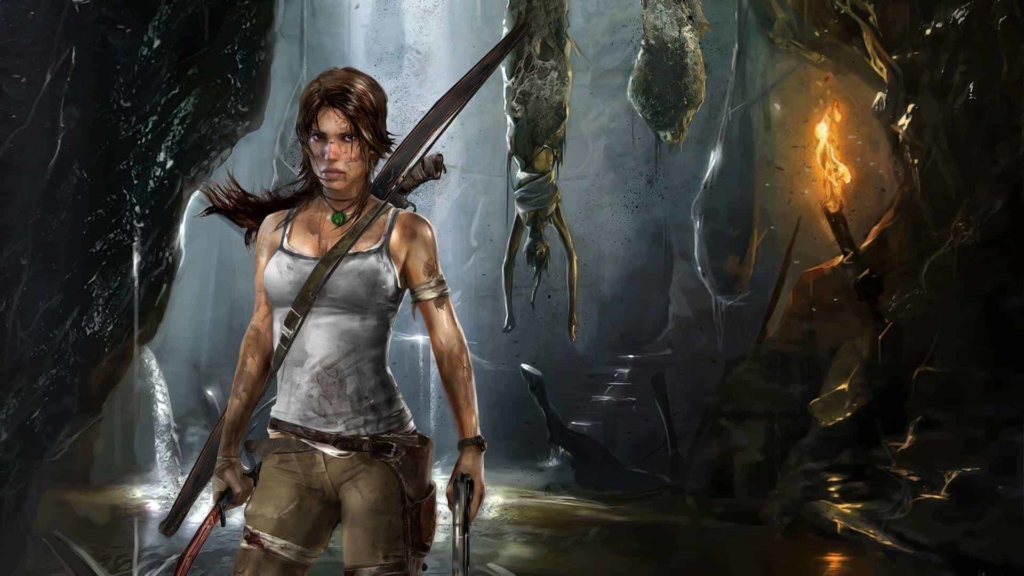 Lara Croft is a legacy title that a generation of gamers can engage with. From the 90s PC or PlayStation One to the PS4s or Xbox Ones, Tomb Raider has a large following and it has a long and proud history of gaming excellence. This plays a part in the fun factor of this title. You see, it’s bloody hard and in some parts painful to complete. However, as I have already said, this is all part of the charm. This is why Tomb Raider is fun. The Definitive Edition really brings the Lara Croft ‘fun-ness’ to the forefront. It allows a whole new generation to experience Lara – older gamers might feel though that they’re next generation gamer counterparts might be loosing out, if one considers for a moment Lara’s somewhat PC-inspired reduction in the boob department. That aside, the game is an indulgent title that echoes the successes of the past whilst rebooting a franchise that deserves a proud future.

A lot has been ‘reported’ about benchmark differences. There might be millisecond differences between HD gameplay on PS4 and Xbox One but I couldn’t for the life of me really see a difference. It should also be noted that it is nice not to see a title with horrendous, Ryse-esqe, in-game purchases. It’s a solid platform title and one that brings together a great storyline with challenging aspects that really puts gamers – especially in the post-Assassins Creed environment – on the back foot by really challenging their gameplay. Finally, this title is fun; you might not be thinking that as your racing down a rapid or climbing a huge radio tower, but it is – it’s enthralling and full of suspense that really gets you on edge of your seat and this pushes you on. Its a great title only let down by on-screen instruction lags when in training camps. As such Ultimate Gaming Paradise can give Tomb Raider a solid: 9 out of 10.