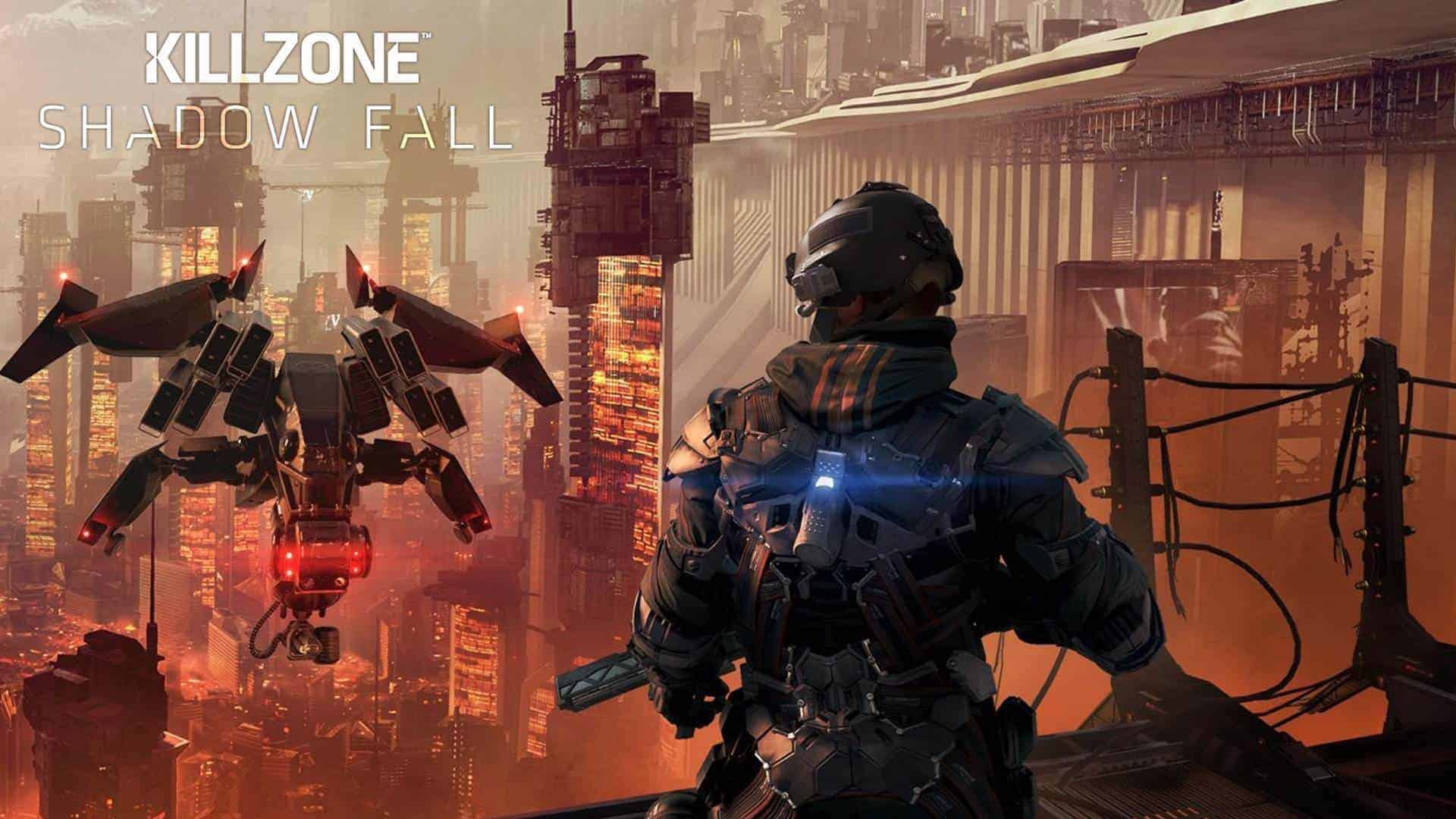 A flagship game for a flagship console, KillZone Shadow Fall is Sony’s opportunity to show gamers and developers the true meaning of gameplay excellence. The game is designed and developed for Sony’s new PlayStation 4 console. This is new ground for new gameplay and as such the risks can be incredible. Microsoft and Bungie have previously endeavoured – see the Xbox 360 and Halo epic gameplay and epic game console. So, it can be a lot of pressure launching a headlining game for a new headlining console. In Sony’s case, the result is an epic story and a work of technical genius with a side order of ambiguity?

I enjoyed the original trilogy, I have always been an Xboxer – before that I was a Segaite – but I have ‘dabbled’ in the Sony PlayStation sphere of influence. One game that I have eternally hoped and wished would be ported to Xbox was the KillZone franchise. However, I’ve had to purchase PlayStation, PlayStation 2 and PlayStation 3 – pretty much for KillZone; as it is a franchise that literally has it all. Its story is enthralling, the challenges are awesome and at its core, it is fun yet coated with depth. Well, on the PlayStation 4 comes the latest in the franchise – KillZone Shadow Fall.

Ultimate Gaming Paradise has a system – called the UGP Triple Lock Review. The system is based on three elements, which coexist, to offer gamers excellent gameplay potential. These three elements, which this review will focus on, surround perspective (the storyline), difficulty (how challenging is the gameplay) and indulgence (how fun is the title). 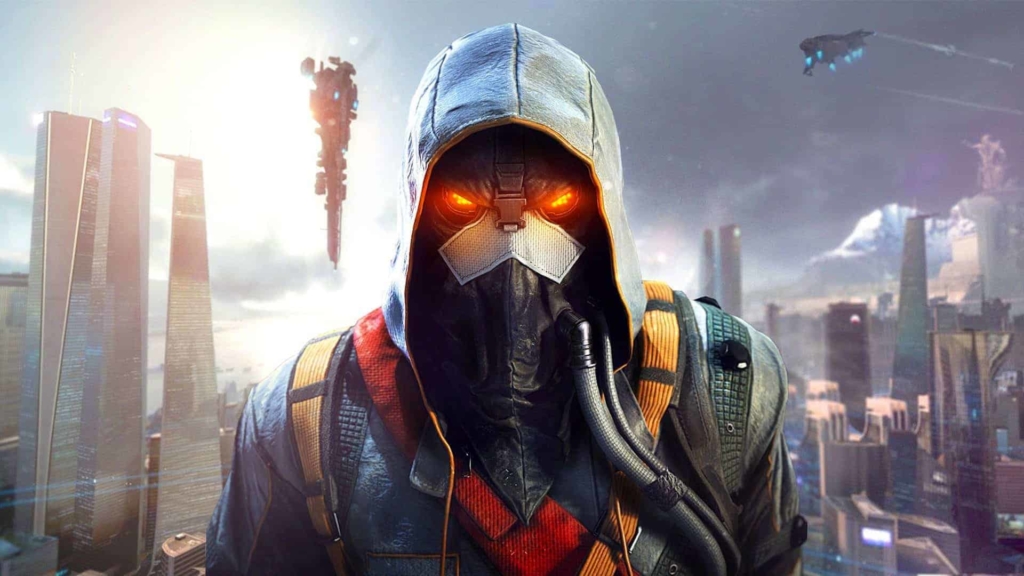 For those who don’t know the back-story. Here’s a short recap. The Earth, after nuclear war destroys humanity, finds the survivors looking for a new planet. Searches in other solar systems find a planet in “Alpha Centauri”. Earth sends fleets, upon fleets to “Alpha Centauri” – where two planets are available for colonization; the first is “Vekta” a planet that is a mirror image of Earth. The second is a smaller planet which is more inhospitable that is called “Helghan”. The strategic and revenue-based dominance of the planet – as a kind of interplanetary toll route – means the planet poses a great reward to humanity. However, shuttles shipping the remaining population perish during a great solar storm. The stragglers of humanity – needing the capital – sell the planets in the “Alpha Centauri” system to the “Helghan Corp”. They exploit the planet and they face the wrath of the “ISA” – “Interplanetary Strategic Alliance”. They wage a gruesome war against the “Hellghast”. The “Helghans” lose the war – the “ISA” take “Vekta” whilst the “Hellghast” survive on the horrendous “Helghan” planet. Their leader, “Scolar Visari”, launches a gruesome counter attack. These counter attacks are the preface to each of the subsequent titles.

Shadow fall, enters the fray, 30 years after the fallout of KillZone 3 after the Stahl/Orlock affair. The war is over; however the peace has not arrived. The action centres on Vekta where both Helghans and ISA live in a kind of unequal truce. The balance of power is with the ISA. However, the brutality of the Helghans is balanced by the cruelty of the ISA. A ‘Cold War-esqe’ period has taken hold and this stalemate has resulted in disunity and distrust reigning supreme. This is the world the gameplay inhabits. However, there are nuances in the storyline that are both good and bad. The game is developed by Guerrilla Games, a Netherlands-based development team, who spent two and a half years bringing the game to life.

The storyline is helped along by the visual ‘successes’ of the rendering. The game is native 1080p and the technical rendering means the visual gameplay element is incredibly unique. The thematic rendering helps to add pizzazz to the gameplay. The use of symbolism in the ‘visual’ aspects of the game adds to the contextual storyline by adding depth to the gameplay’s perspective.

The gameplay has a little ambiguity in terms of the ‘cold war-esqe’ environment. This means there is the need for a new ‘protagonist’, as such the “Black Hand” is a construct that your character and the “ISA” aim their venom towards. However, the biggest problem with the game is that if you are going into the experience thinking its KillZone 4, you’re dead wrong. The depth and symbolism means you aren’t constantly shooting “Helghans” between their orange eyes all the time. This slows down the pace, unlike any other KillZone title. This slowness stymies the gameplay in parts. It is this thematic shift that hinders the wider gameplay experience. However, this nuance aside, you still have the ability to follow a coherent storyline from beginning to end with a big dollop of entertainment built-in.

KillZone Shadow Fall is a surprisingly challenging title. The game, when I played it, moved in equidistant cycles between different challenges – this helped to fuse the challenges with the storyline in a more organic fashion. There is another aspect that helps to increase the difficulty of the game in a new and innovative way. Many shooter titles, take Tom Clancy’s Ghost Recon as an example, is a ‘shoot forward and keep going forward title’. However, KillZone Shadow Fall creates a new dynamic in which the open battleground – again not a new endeavour – is brought alive in single-player context much like the multiplayer alternative. This increases the scope of challenges for the gameplay’s natural progression. As such, the learning curve is steeper but the end result is a more organic and fluid gameplay that helps to actively and continually challenge the player to endeavour and to achieve more during gameplay. This means a thrilling game is part of the experience.

The only problem I found in the context of difficulty – and therein achievements – was the issue of tactical diversity. You would start a level in a certain scenario that was visually stunning and your choice of tactical prospects where completely diverse. However, into the level, by around the 60 to 70% mark, you start to feel the gameplay becomes narrow and as such by default so do your choices. Now I am not saying it needs to be easier. In fact, I dare say in needs to be more difficult in terms of your enemies. However, the tactical element is an issue – it seems like Guerrilla, the developers, ran out of time or were close to deadlines by the time they got to the 80% complete mark. The first 80% of the single player campaign is epic the last 20 is thrust into stereotypes and gameplay vehicles we have seen time and again. It’s the issue of developing for a headline when you, in all probability, don’t know the full release date for the console?

KillZone Shadow Fall is sensational fun. The “Helghans” are bad ass mother f@~£$”s! They have new suits – similar to the Halo suit – that makes them more menacing, more challenging and a whole lot more enjoyable to slay. The “OWL” drone is a great addition to your tactical endeavours. This drone can suppress fire, offer a zip line and help you spy on your local area. It’s epic! However, these elements aside, what makes Killzone Shadow Fall fun is the speed and lack of paucity in gaps. It’s not ‘in the trenches’ style warfare that made the other prequel titles better. It’s a more nuanced approach – that’s more intelligent – which requires a different approach to destroy the enemy. However, it is this new approach that is the real winner of the game. The gameplay brings about an innovative story and adds challenging elements. However, the pure fun of the actual gameplay heightens the gameplay experience. There is never a dull moment. I have completed the single player game twice – and I haven’t managed to find a dull moment.

Killzone Shadow Fall is an epic game. The storyline is a mature take on a futuristic Cold War that sees both sides eye themselves and their enemies in uncertain ways. The thematic and symbolic construct of “Vekta” is poignant, as the resemblance between Berlin of the 1960s is echoed throughout the division on “Vekta” between the “ISA” and the “Helghans”. This is a linear element and one that is crucial to the story. The story is shored-up by a challenging game, a game that endeavours to offer the right balance of achievements and space. Finally the indulgence faction is heightened through with an increase in enemy design and the use of the “OWL”. These elements make the gameplay fun and the wider elements of the storyline and difficulty context blend into the wider narrative. I really can’t fault the game. The PlayStation 4 has a great headline game. It is a game of depth, of precision, of fun and of ingenuity – it is a game that bridges the gaps between ‘puerile entertainment’ and ‘depth’. It is a great game and I think the Sony PlayStation 4 is on to a winner here unlike one of the headline games for Xbox One. Ryse: Son of Rome fails to incorporate the right balance – a balance Guerrilla and Sony got just right with KillZone Shadow Fall.