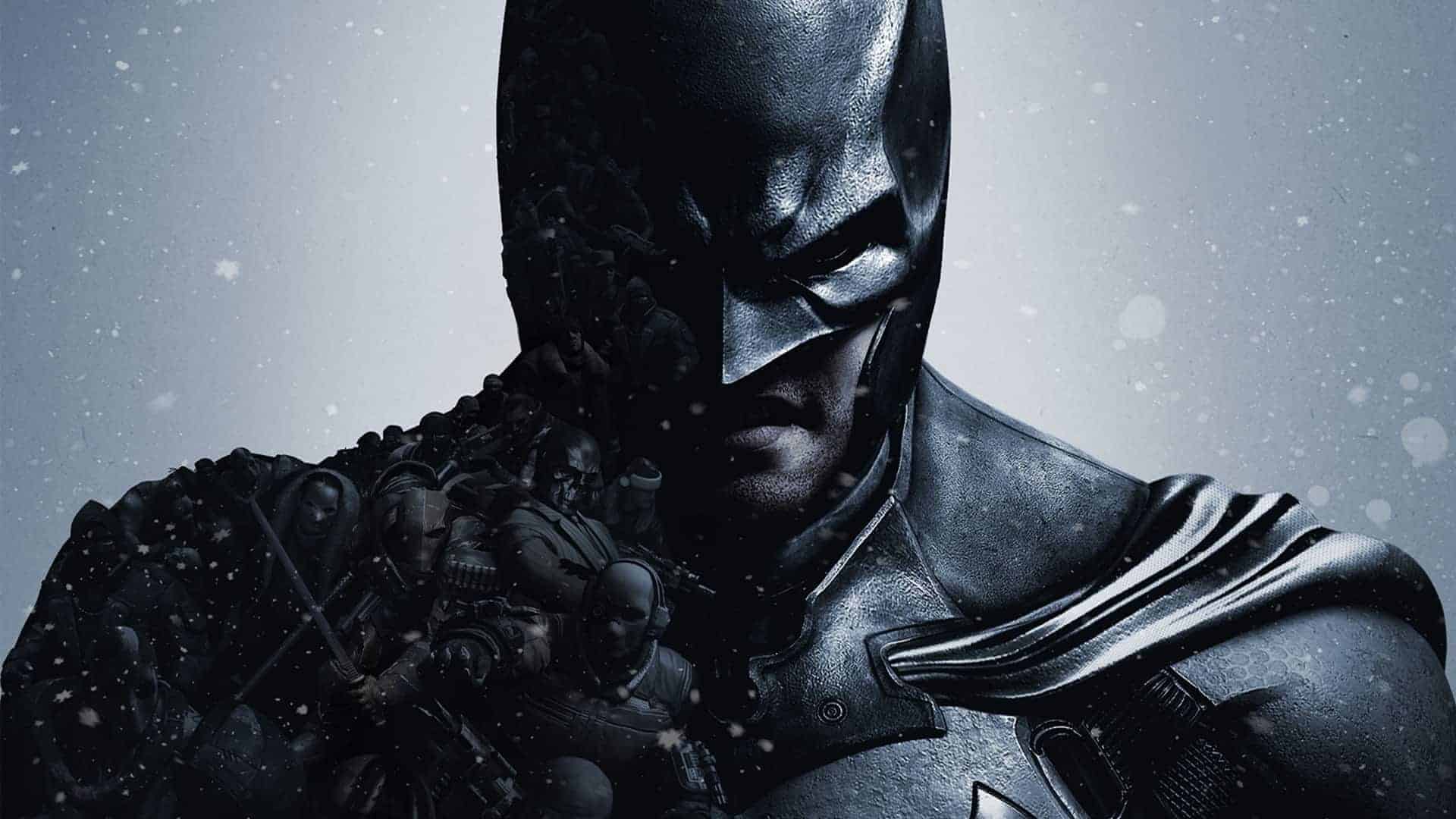 We stepped from the late showing at the cinema, tottie and I, and she snuggled in close. “What do you want to do now” she asked, all sensual-eyes and bee-stung lips.  I considered carefully before replying; “I wanna go to the 24-hour superstore and buy Batman: Arkham Origins” I replied chirpily.

I was looking forward to the new Batman title and simply had to have it right then.  Maybe love would have blossomed had I decided instead on an out-of-the-way restaurant or a quiet bottle of wine somewhere, but one thing is absolutely certain – my thumbs wouldn’t have been as sore.

The release of Batman: Arkham Origins has been long anticipated and I eagerly tore the security tape from my copy. Unlike Arkham City and Arkham Asylum before, this title has been developed without the assistance of Rocksteady, and it feels different to those previous two Batman outings.  The graphics, while flawless and fast, are a little different somehow, and the secondary characters seem to have been rotoscoped in some way Borderlands-style a little, making their features a tad indistinct. Not that it matters because I’m gonna pummel them even more indistinct anyway, but it makes the game have a slightly odd feel compared to ‘Asylum’ or ‘City’.

The third outing for the caped crusader is a throwback affair to pre-Batman Gotham City, where criminals huddle in groups and discuss the possibility of there really being a “Bat Man” tearing their kin a new arse.  Batman looks leaner and has fashionable stubble dotting his normally clean-shaven phizog, but he has all the power and moves that set him above the forces of anarchy in Gotham.  As I progress through the game, I find that in return for punching out henchmen and completing levels, I get the chance to upgrade my armour and access new gadgets, but my hunt for new moves proved fruitless and it seems that there are no new strike combinations.  The attack and defence moves I had are just the same as in previous games. I just had more opportunity to use them, against tougher assailants.

There are new gadgets for me to acquire as I progress and the shock gloves are among the best of these. While not actually an instant win device, they are pretty close to it as they discharge a huge shock to an enemy and incapacitate even bosses, almost immediately. There is a danger of over-using them a tad, once I had won them, making forthcoming brawls a lot more shocking in nature.  The remote grapple is also neat and I found more uses for it as I progressed, moving from simple take downs to moving equipment and street furniture as needed to help me overcome obstacles I encountered.

Game play itself is smooth and intuitive with the next objective fairly obvious. Within a minute of entering the world of Batman: Arkham Origins, I was thrust into a full scale punch-up at Blackgate Correctional Facility and it’s mostly fighty from there on. Great news for the fighting fan in me but bad news for my thumbs; after an hours playing it felt as though RSI had set in, I had used X and Y buttons so much (on the Xbox) to attack and defend.  In addition, this game has thugs in body armour who take three times the pasting of standard thugs – more bad news for my thumbs!   I know it’s against his ethos, but I think Batman seriously needs some heavy weapons to deal with this kind of thing.  In a rock-paper-scissors-type scenario, .44-magnum beats baseball bat every time!

This time out, Batman is up against eight assassins all tasked with ridding the world of him on Christmas Eve for a cool $500,000 bounty.  The money is fronted by Black Mask – the games supposed main antagonist, but as the game unfolds, it turns out to not be that straightforward.  The assassins manifest as level bosses, so having fought my way through countless minions to get to them, I was assured of at least eight hard and extended fights with each one at measured intervals.

I carried on, hurtling through the vast Gotham sky line via either grapple-gun or the Batwing as I unravel a convoluted plot that takes me all over the city and involves just about everyone in the Batman universe to some degree.   Through a combination of thumping people and detective mode I worked Batman through the story to head towards my ultimate goal which will see my eventual grudging acceptance by the forces of law and order and my own realising that I can’t take on the whole of Gotham’s underworld on my own.

There’s nothing too taxing in detective parts since Batman invariably has something in his arsenal that helps him figure it out, and I actually found many clues merely by a little searching around the area to find the information I need to progress.  Warner Brothers claim to have intentionally dumbed-down the investigative sections so as to make for seamless game play, which, overall, it does.  I found that I wasn’t spending so much time trying to figure out what I was supposed to be looking for in these sections as I had in the previous games, and soon uncovered the next objective from a titbit of information.   I also got plenty of opportunity to plan sneak attacks on unsuspecting enemies, but for a supposed open-world game, it is surprisingly linear. Open world would imply that I have a number of options to stealth-attack a thug, but in reality, the limited number of artefacts I found to grapple on to or walls that I could burst through meant that there is usually only one way to do it.

The main problem with Batman: Arkham Origins is that it’s not so much that it’s more of the same, it’s just, well, the same!  While I had a blast following the main story and engaging in the side missions, the Batman universe isn’t really big enough to keep supporting ventures into the same city to fight the same characters in a slightly different order and with a few new accessories.  Like the Fish ‘n Chips option on a country-pub menu, with the current Batman franchise I knew exactly what I was going to get, cos’ it’s just like I had last time.

Don’t get me wrong here, it’s not a terrible game, but then it’s not a brilliant game either. I liked and enjoyed the two previous outings – which are still due to happen on Batman’s timeline – and I enjoyed this too, but it didn’t strike me as being either different or a massive leap forward.  Warner Bothers Games, Montreal has developed a perfectly workman-like game with plenty of fun and one that examines a few issues from the inception of the Batman legend, but having grabbed the mantle, they haven’t done too much with it.

Batman: Arkham Origins is cited as being about relationships and how Batman’s on-going interactions with his main protagonists were forged; perhaps I should have considered my own relationship instead and left it on the shelf of that 24-hour store.