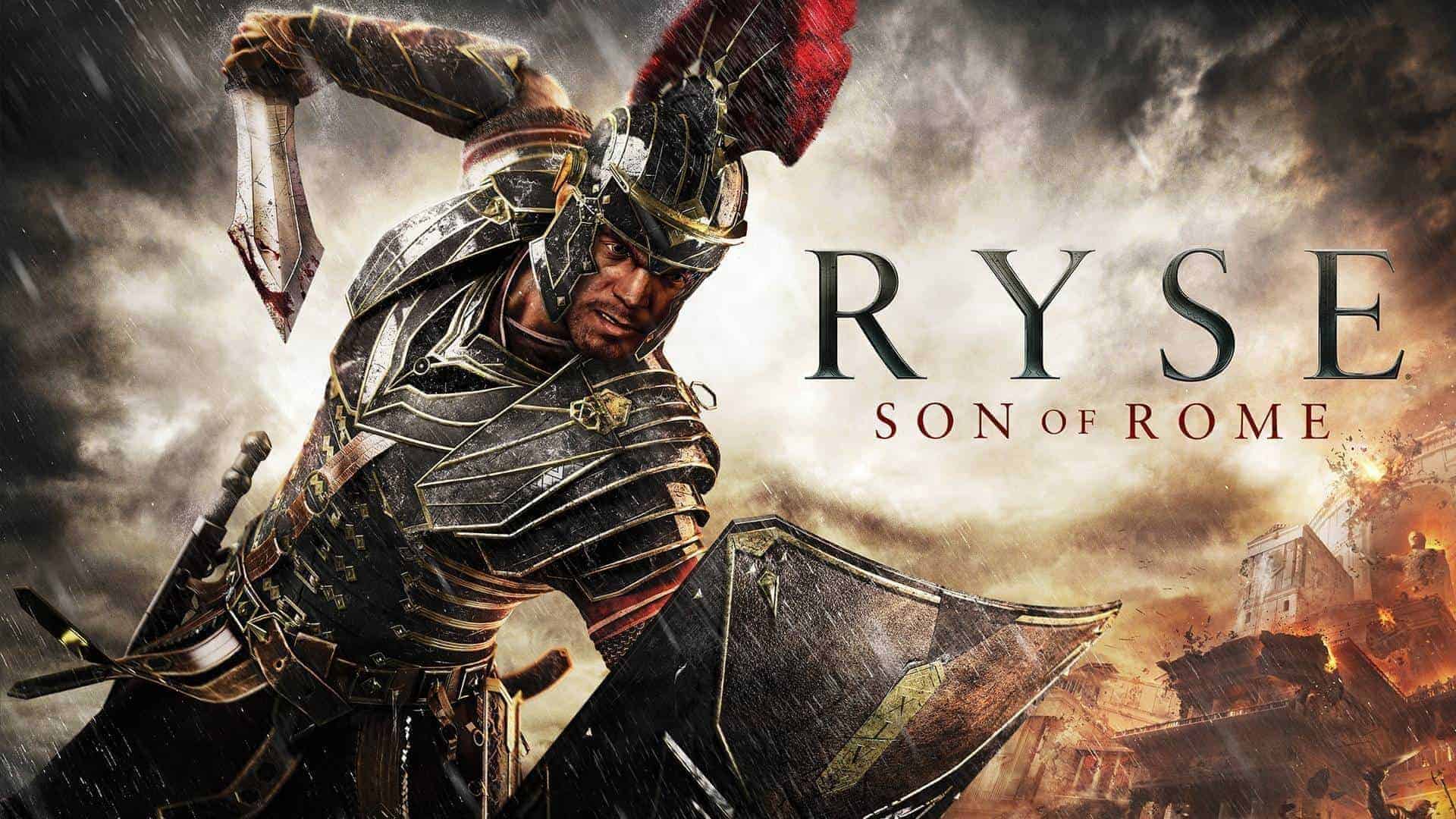 What makes gameplay epic? The essential triumvirate of emotions

A video game’s direct appeal is, in my opinion, based on a triumvirate of elements. These elements are collected together within each and every video game in a sort of tripod array (i.e. three equidistant columns that hold up when combined). The three elements are:

These elements form the very basis of a video gaming experience. You might be wondering how that is even possible. Well lets break down the triumvirate and explore these elements in the context of some of the next-gen console’s latest titles?

Perspective, in the purest contextual sense, allows a dialogue to morph into a storyline. This storyline is the reason behind the continuation of the gameplay. Therefore, perspective offers gamers a sense of ‘involvement’. This ‘involvement’ thus allows the player to engage and invest emotion into the title.

Difficulty, in the context of challenges, allows the attributes of gameplay to create hurdles which need to be cleared – either literally or metaphorically – in order to progress. These attributes offer gamers a sense of ‘achievement’. These ‘achievements’ thus allow players to build upon the perspective emotions by adding positive emotional capital into their gameplay behaviour.

Indulgence, in the context of gratification, allows the gameplay to offer-up very basic, some would even argue primitive, behaviours that are indulgent to the user. These ‘fun’ elements are divorced from the above in the sense, emotional and achievement-based experiences are not needed for pure fun. However, in tandem with the above, as indulgence allows players to invest emotive behaviours that encapsulate a form of escapism, this escapism is part of the indulgence context. 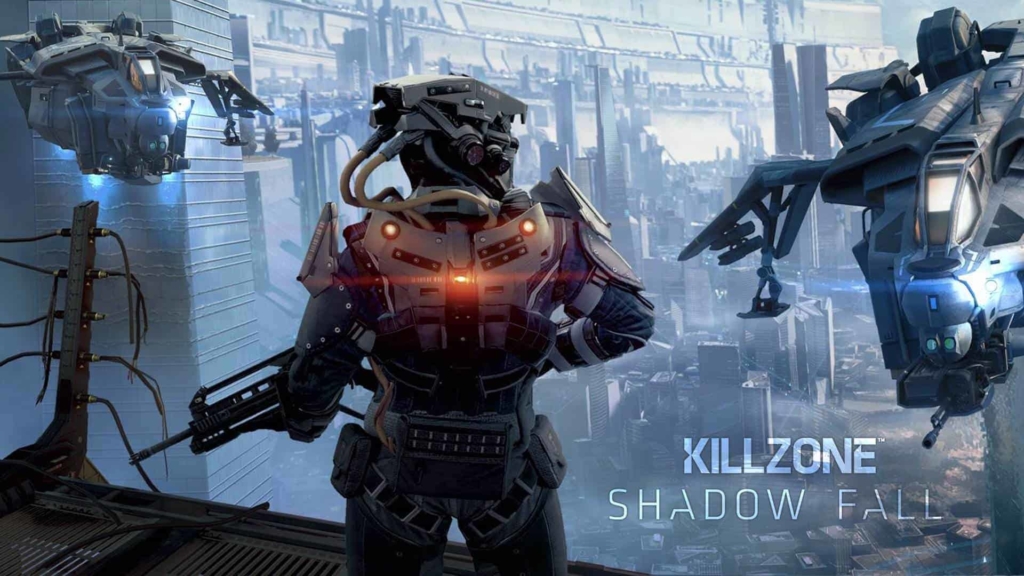 This game is probably a solid example of how such a triumvirate exists and creates the right atmosphere for excellence in gameplay activities. The perspective element, the storyline so to say, allows you to invest in a franchise that you have already – in all probability – played. You are aware of the ‘back-story’ and you know about the ‘Helgast’. As such, the investment is partially already there. That said, the game needs a storyline.  The game sees the action shift thirty years into the future. The World War has moved into a “Cold” War style rift between the ‘Interplanetary Strategic Alliance’ and the ‘Helghan’ people. The story allows the player to invest into the context of many different emotive involvements. There are themes which are fluid in the storyline from ‘Eurosceptiscism’ – the ‘Vekta Cityspace’ and the nuances between the ‘Helghan’ and the ‘IPA’ spaces allow for notions of ‘underclass’ and ‘immigrationary’ fears to be used in the context of gameplay. Real life fears and issues in today’s society and thus fused with a game that is pure fiction. This is the success of the first strand of the triumvirate.

The game, in the context of difficulty, also finds the right balance between the challenges of playing the game and the similarities of playing the older versions. The game has the right balance of challenges – from inner-space to inner-city – as such the rush and the drive of the gameplay allows for different players at different levels of gameplay experience the right amount of ‘difficulty’ without making it ‘piss easy’ for the pro’s and ‘dead hard’ for the noobs. The game moves away from drudge-based war games – assault after assault followed by end credits. This game uses difficulty in a way other games failed to. It uses the context of nuance – of distinction – to help elevate each and every level. This makes the game more challenging in parts – it’s not perfect but it does highlight challenging elements in a more organic way that say, Deadrising 3 does on Xbox One.

Finally, the final strand of the triumvirate is the context of indulgence. The first two parts illustrated the notion of storyline and difficulty. However, the final strand in what makes a game epic is ‘fun’. Some of the most technically brilliant games ever made have failed miserable because the ‘fun’ was missing. This, it has to be said, is not the case with Killzone Shadow Fall. The game fuses seriousness with fun. The ‘OWL’ drone has to be one of the coolest gadgets ever. The drone can do everything – stun enemies, shield you from attack and you can even use it as a zip line! The overall experience – apart from thematic and linear issues with the storyline – illustrates that technical excellence and fun can be fused to create a great title.

RYSE: SON OF ROME (XBOX ONE)

On the other end of the spectrum (and I mean spectrum by the way, not Spectrum the 80s computer), we see Ryse: Son of Rome. This is a Microsoft title that was given the green light to highlight what’s great and excellent about Xbox One. So let’s look at how the triumvirate worked on Ryse?  Ryse is a great example of shoddy storyline development. Developers have long avoided Rome and Greek themed titles – I remember Shadow of Rome on PlayStation 2 and that was pretty awful. This storyline has elements that seem to be mashed together in an incoherent fashion. For added flair, they have mangled Roman fables and histories into a mongrel tale. This ‘mongrel’ tale leaves little for the gamer to invest any emotion into. There are light-hearted areas – the motion capture scenes are epic. However, the collective storyline fails to incorporate the right balance of emotional and psychological allure to help develop the right relationship between game and player. 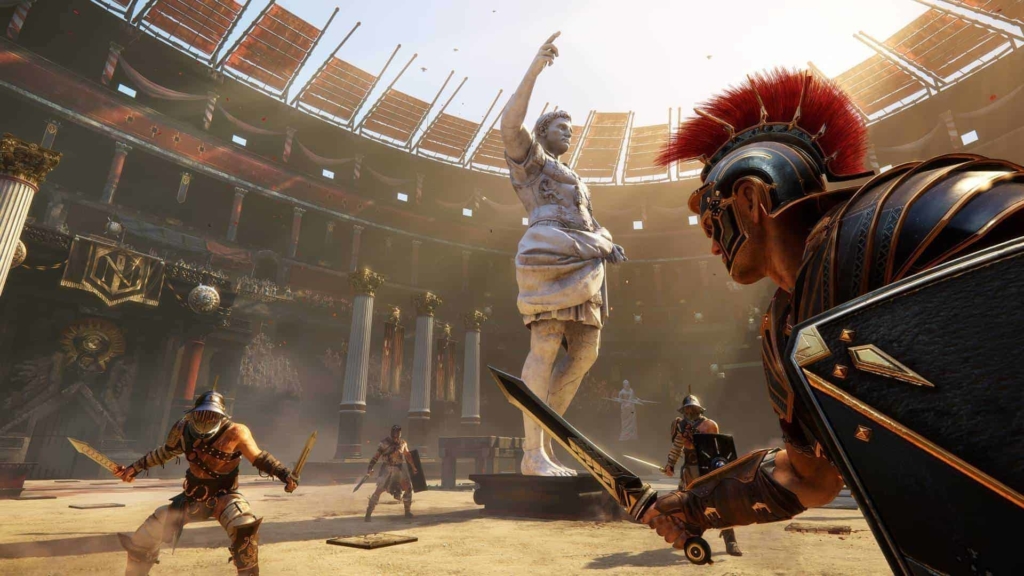 The ‘difficulty’ context of Ryse: Son of Rome is another epic failure. The game fails to create enough in the way of challenges for the player. It’s important to define what we mean by challenges. This is not about setting the difficulty level from easy to hardened. This is about the difficulty, and therein the achievement, complexity that allows gamers the emotive capital to invest into the title. Yet again, Microsoft and Crytek have failed miserably to offer the right balance in terms of challenges for gameplay achievement. The ‘rumbling’ between stages from arenas to open-spaces fails to create a sense of urgency and this at its core is about the lack of achievement-building in the wider gameplay experience.

Finally, the fun context of the game is a whole different story to the other two elements. The game is fun! There is no denying the lavish beauty of the graphics – as a visual showcase, the game at present has no equal in terms of Xbox One graphical excellence. This beauty echoes through the gameplay. As such, one part the ‘hacking away’ element is, whether it’s a good thing or not, rather fun on the whole! Those pesky Barbarians will meet the blade of your sword and it’s not going to end well for them. That said, it’s a fun game it’s just that the two other elements fail to create the complete package.

There. Two examples of next generation gaming and the importance of a triumvirate of essences that make video games better. They exist in the context of Killzone Shadow Fall but are miserably left out of Ryse: Son of Rome. The dynamic of the triumvirate can be seen in the successes of Call of Duty: Ghosts and FIFA 14 whereas they are epically missing from Battlefield 4 and Forza. Therefore, when looking at what next to buy for your console, why not use this evaluation tool to better engage with the right title. The triumvirate of achievement, entertainment and perspective creates the right environment for a game to flourish and therein the player’s experiences to be completely blown out of the water. This, at its core, is what gaming is about. That’s why we need to make sure we “keep it real” when gaming.