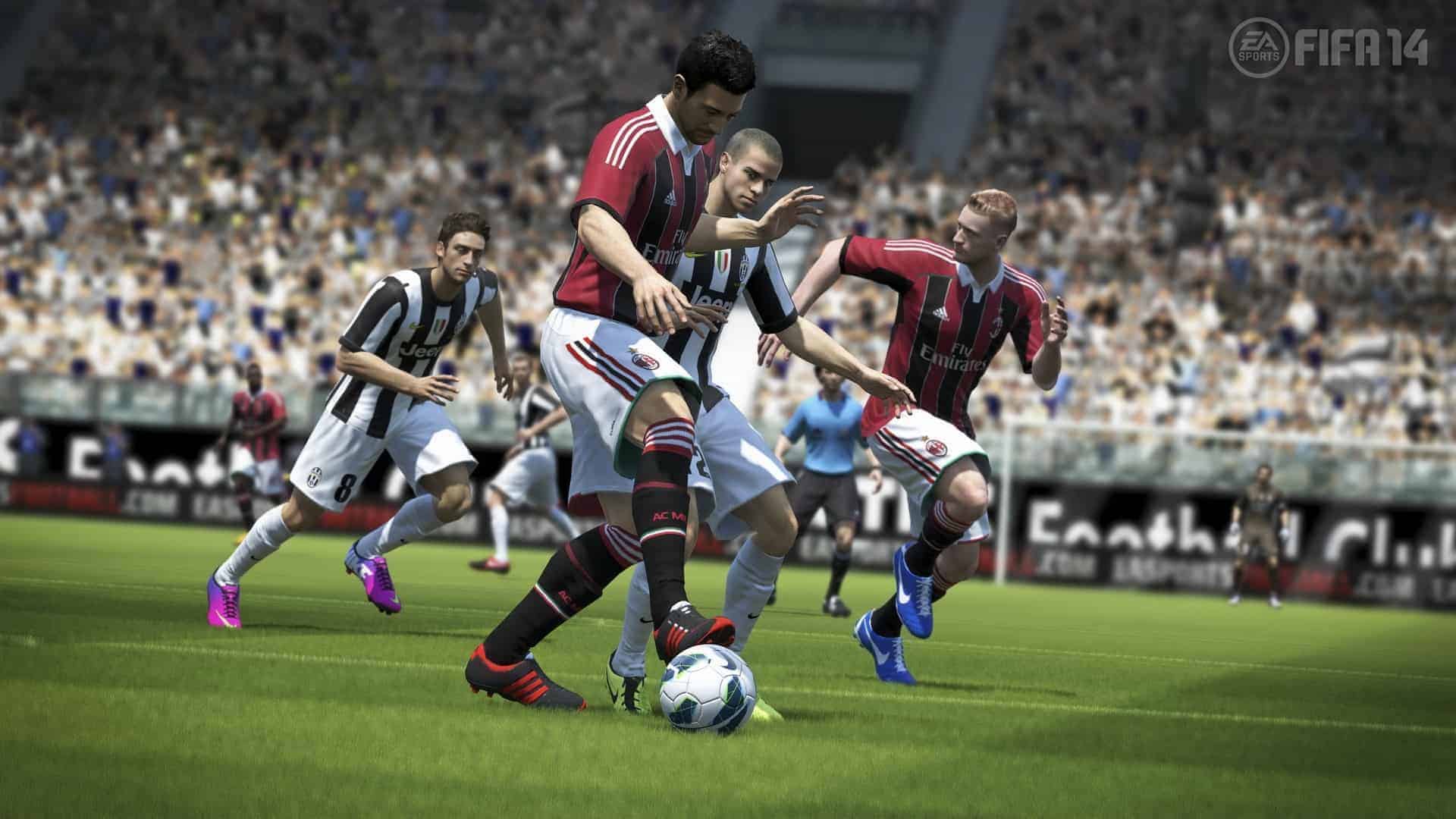 The difference a generation makes

For years, I put off my growing need to wear spectacles. This was partly due to the fact I resembled a certain infamous wizard when wearing specs, and partly due to my insistence that my eyesight was, in fact, fine. It was only when I started to pose a risk to fellow motorists that I decided to accept that I was blind and needed a pair. 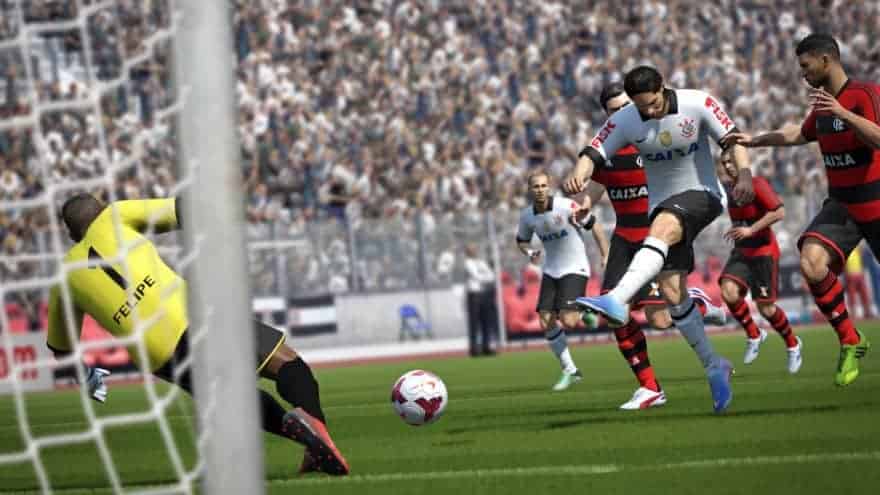 The difference it made to my life was incredible; everything became clear, not in terms of the meaning of life (I’m still working on that), but visually. This is how I found the transition between FIFA 14 on Xbox 360 and Xbox One.

I should start this by saying that the Xbox 360 version is by no means a bad game. It was another excellent continuation of an already excellent franchise, with new features such as precision movement bringing exciting changes to game-play. Such was the impressive nature of the game that I questioned how much the new-gen console could improve upon.

I was aware that EA had made little effort to hide the fact that they had spent the majority of their time developing FIFA 14 for the new-gen consoles, but still my doubts remained. I was wrong. The Grand Canyon is a mere surface crack compared to the chasm between the game on the 360 and the One.

The precision movement feature on the 360 version had rendered the game slower, something which once mastered, could be appreciated. There were drawbacks however. Whilst the players’ movements were more intrinsic, there were occasions in which they seemed to suffer massive brain farts and fall over one another – hilarious but frustrating. These minor flaws were easily ignored, until the new-gen game came to the party. Only now is it apparent how much ‘little brother’ has suffered.

Thanks to EA’s new Ignite system, FIFA 14 on Xbox One is a jaw dropping masterpiece of visual pyrotechnics and incredibly realistic game-play. It now makes sense why the players occasionally act peculiarly on the 360 version, this precision movement was always intended as the glorious centrepiece around which the Xbox One version was to revolve. FIFA aficionados will note that unlike in previous titles, FIFA 14 requires more care and decision making when choosing what to do with your player. Previously, a pre-meditated action would allow your player to execute an outrageous off-balance turn or incredible burst of speed to evade a marker. Now we have to ensure that our player is in the right position at all times, and only if they are balanced when passing or shooting will you get any joy. On the Xbox 360 version, this at times seemed unnecessarily slow and clunky, but on the One it becomes clear that you are dealing with the most advanced sports sim ever created.

When EA announced they would be using the Ignite Engine on FIFA and other sports sims, they told us it would give players “ten times greater animation fidelity” and “human-like intelligence”. It was a bold claim. EA, I am delighted to announce, were true to their word. Once I had played FIFA 14 on the Xbox One I realised I could no longer play it on my faithful 360. It would be akin to having a steamy one-night-stand with Megan Fox only to return home to Susan Boyle.

This game on the One throws you head first into the cauldron that is a top-flight football match. Visually, it is as close to watching a game on the T.V as humanly possible. The Ignite engine brings the entire environment to life from the moment the teams walk on to the field, to the match itself and right to after the final whistle. At the risk of alienating those who do not yet own an Xbox One, the contrast between this and the 360 game is staggering. 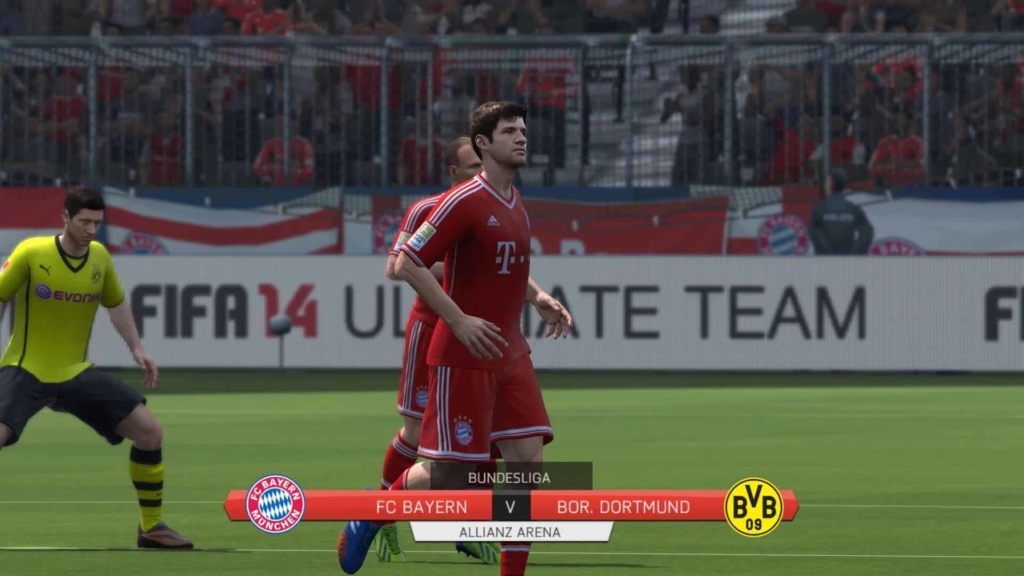 You’ve got to enjoy the little things

The most marked difference comes in the fine details of the game. EA’s strap-line “It just got real” is not only very clever, but also entirely accurate. When a goal is scored, the stadium explodes into life. On the 360 version, sections of the crowd suddenly broke out into a mid 90’s rave dance to show their approval for your efforts. On the Xbox One however, you are rewarded with a gloriously realistic crowd reaction and as your player runs to celebrate with his adoring fans, you get the sense of the drama of this game.

On top of all this come sublime cut scenes when the ball goes out of play. Either the goal-keeper will nip behind the goal to pick up the ball and place it on it’s spot, or you will be shown a replay of a goal and then a close up of the ensuing celebration. All this is given a polish by perfectly timed commentary from the team of Tyler and Smith.

Another clever detail is found using the Kinect system for the Xbox One. If, like me, you are prone to occasional foul-mouthed rant at the T.V when playing FIFA, then you may find yourself in hot water. For example, during a particularly close match the referee awarded my opponent a very soft free-kick to which my response was “F**king Hell referee!” What I wasn’t aware of, however, was that the Kinect spotted the mutinous tone in my voice and, when in the post-game menu, I was greeted by an e-mail from the board of directors warning me that any more touchline histrionics would not be tolerated and my position at the club was in jeopardy.

They are little touches, but they make a world of difference.

It is with great satisfaction that I can report to you that FIFA 14 on the Xbox One is not merely a ported version from the previous console, but rather a ground breaking triumph of next generation game play. Games such as Call Of Duty: Ghosts have received criticism for not exploiting the power of these next-gen consoles, instead simply being a ported version of the same game. FIFA 14 is the shining example of next-gen gaming. If you have not yet sampled it, I implore you to do so. You will never look back.