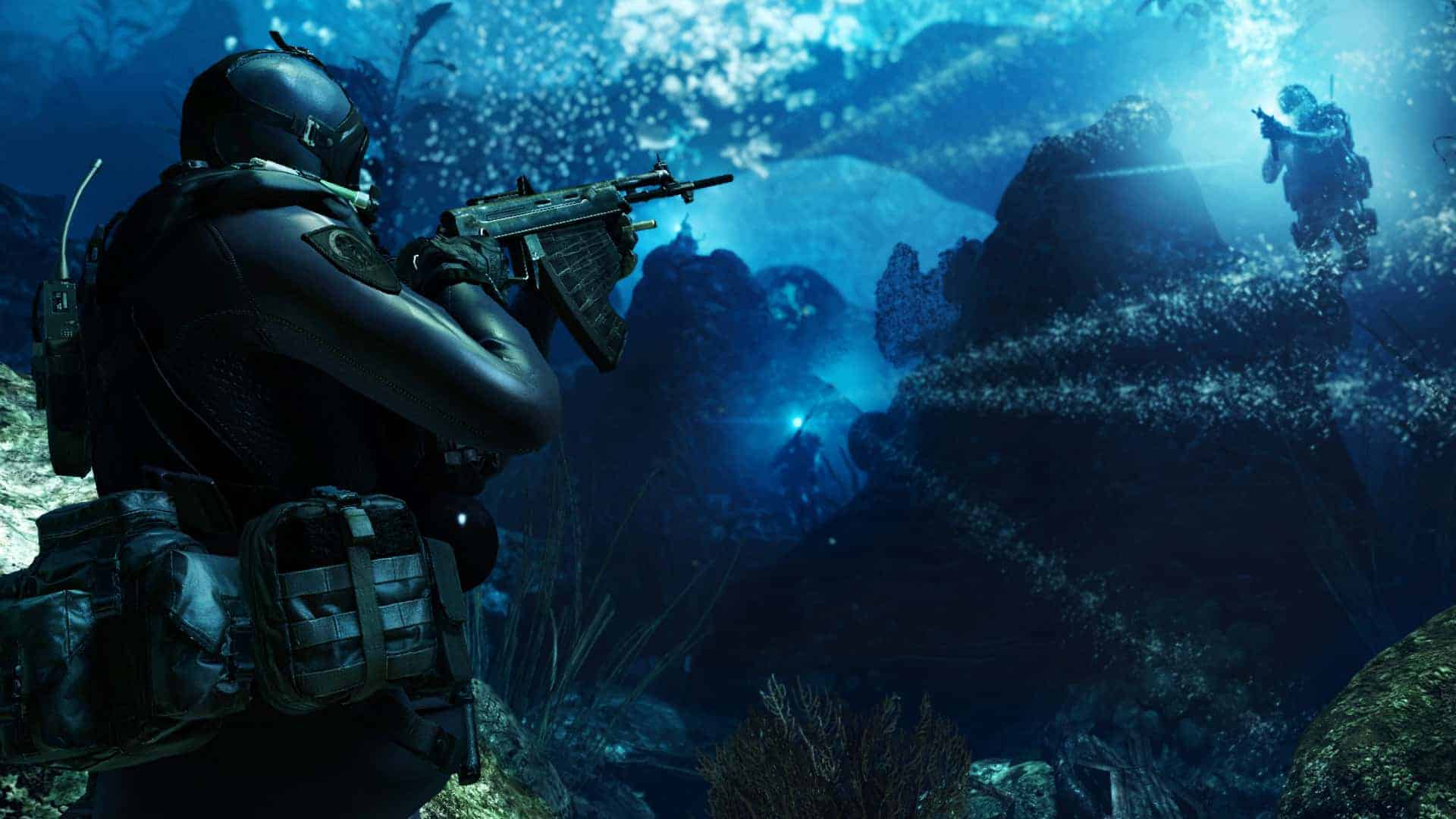 The hotly anticipated multiplayer reveal for Call Of Duty: Ghosts took place last night, and with it comes a tidal wave of drool from fans of the franchise. The danger was always to over-promise and under-deliver, but when the claims are backed up with hard video evidence, they become indisputable, and pretty bloody exciting. It is hard to know where to begin with so many new features; we’ll start with the some of the new Game Modes.

‘Cranked’ is the game that will get a lot of tongues wagging. Team Deathmatch on steroids would seem an apt description, as you will now play against the clock after recording your first kill. If you dispatch an enemy within the time limit, the clock resets. If not, you go boom! It’s simple, intense and bad news for ‘campers’. We like it!

One particularly exciting feature across all game modes is the in game field orders. Players will pick up a briefcase containing field orders, such as ‘kill three enemies whilst prone’. If you die before completing the task, you will drop the briefcase and another player will have the chance to unlock an in game care package by carrying out the order. This will add a whole new tactical dimension within ‘cranked’ and other modes, giving you the choice whether to be tactical in your strategy, or continue racking up kills as normal.

‘Search and Rescue’ inherits traits from the traditional ‘kill confirmed’ and ‘search and destroy’ game modes, that we all know and love. Players will be able to experience one of the most notable new features in COD: Ghosts; the accompaniment of your attack dog. As in ‘kill confirmed’ the impetus is on collecting tags. In ‘search and rescue’, collecting downed enemy tags eliminates them from the round while collecting friendly tags restores your teammates to the game.

The way we build our loadouts has undergone radical changes. Gone are the days of classes, and we welcome the dawn of a new era; create a soldier. In place of classes are 10 unique soldiers, all of which are assigned to your very own ‘squad’.  Once you have built your squad, you can pit it against enemy squads in multiple ways. You can use your squad online in squad v squad matches. Even if you are offline, your squad will continue to do battle with other online players, earning you points towards unlocks. With over 20,000 variations available to you when creating a soldier, you’ll be left forever fiddling and tweaking, trying to create your ultimate instrument of warfare. And, lest we forget, just for you girl gamers there is another first; female soldiers.  Ghosts will use a similar system to the Pic 10 that was so well received in Black Ops II. There are over 30 more weapons than in previous titles, bringing the total count up to near 70. Unlocking weapons is no longer level based, and is now available at XP cost. An especially eye-catching addition is the Marksman Rifle, which will be welcomed by those who like to kill with finesse. The dual-render scope will allow players to hone in on their targets whilst retaining their peripheral vision around the scope.

Kill-streaks have been given a revamp, with over 20 new deadly additions. ‘Juggernaut Maniac’ sounds ridiculously deadly, as does the ability to rain death from a helicopter using a mini-gun. The return of support, assault and specialist strike packages is welcomed, and will give greater variants to players’ kill streaks armory.

Ghosts will change the way we use our surroundings when playing the game. Player triggered events will have a significant impact on how we use the environment to our advantage. The destructible environment can be used to create cover and vantage points. Kill-streaks can decimate the landscape, changing the face of the map for the rest of the game. A hidden care package somewhere on the map will add an extra incentive, but it remains to be seen whether that will be a nuisance having players simply learning the locations and solely focusing on attaining the care package. Your soldiers’ interaction with the environment is vastly improved with the introduction of contextual leaning, mantling and knee sliding. Players will be able to take effective cover and lean around obstacles to spot the enemy, without leaving yourself exposed to enemy fire. The new ‘mantling’ technique will allow your soldier to hurdle obstacles in a far more fluid motion, enabling you to keep moving quickly around the map. Soldiers will use knee sliding for snap changes of direction and surprising enemies by suddenly rounding corners.

For those of you who enjoy fighting within a clan, Ghosts will offer plenty of new ways to enjoy the game. The introduction of Clan versus Clan playlists allows players to exclusively battle other clans online, and gamers with both current and next gen consoles can be in the same clan. Without doubt the most eagerly anticipated aspect of clan gaming is Clan Wars. Every two weeks, a new war will start, in which clans will battle to take control of territories. Once a clan has gained control of a territory, they will then defend this against all the other clans, making it nigh on impossible for one clan to dominate.

The new audio experience promises to give greater realism to gamers. The addition of ‘locational battle chatter’ means players can be alerted to an enemy position allowing them time to plot their next move. This will surely lead to a more immersive gaming experience in all the game modes, actually using teammates to help you overcome an enemy.

Call Of Duty: Ghosts will offer a never before seen level of features outside of the game itself. You can now take the game with you wherever you go, using the new Call Of Duty: Ghosts app. With the app, you can access your stats at anytime, and even when playing the game, you can choose your load-out for the next map. Clans can communicate with each other outside of the game using the clan chat device on mobiles or tablets, meaning Call of Duty needn’t be far from your mind.

Overall, Call Of Duty: Ghosts multiplayer looks incredibly promising for fans of the franchise, and if Ghosts can deliver on its considerable claims, then it may well head into the new era of gaming retaining its status as the benchmark for first person shooters. All will be revealed soon. We can hardly wait.