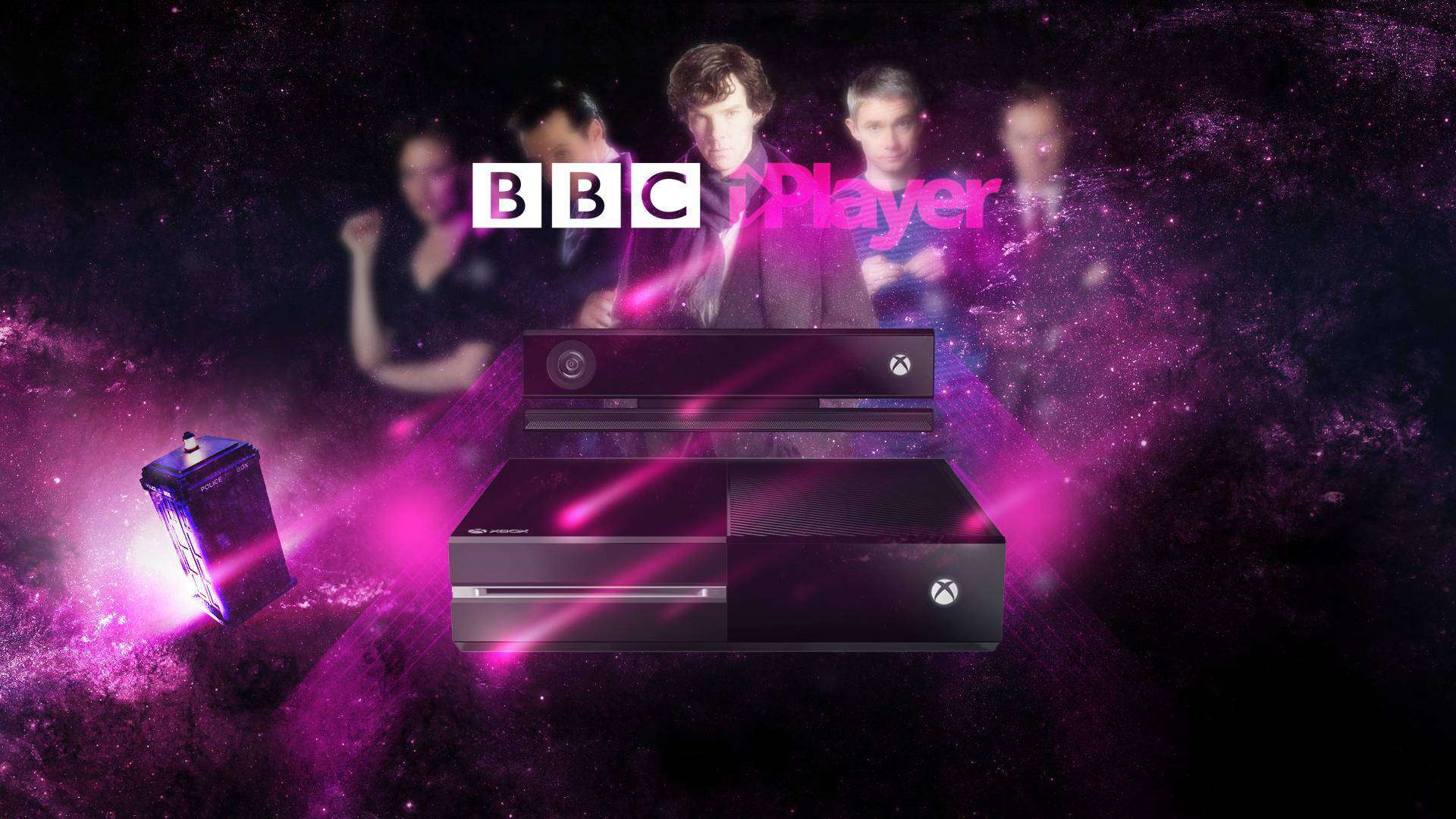 Ultimate Gaming Paradise has uncovered that the developers hired by the BBC to work on the iPlayer app for Xbox One have encountered serious development problems – more specifically, issues surrounding the Kinect sensor technology and integration into the iPlayer experience. One unnamed development source, working on the iPlayer project, has told UGP that “we can’t seem to get it working; it [the Kinect senor] is causing a major development headache for the team.” This information, however, has found Ultimate Gaming Paradise in a bizzare situation. We have been “warned off” from publishing this article with the threat of “consequences” for UGP if we do go ahead and break the story. So, here we are, breaking the story!

In a previously released statement, the BBC stated that they “are working to bring BBC iPlayer to Xbox One in the future, and that they have no further details to share at this time.” When contacting the BBC last week, Ultimate Gaming Paradise was ‘stonewalled’ with statements of “the BBC is working hard to deliver the app”. Furthermore, after talking to Microsoft and the BBC, this reporter was contacted by an individual who refused to give me his name or contact details. All he said was that he claimed to be from Microsoft’s PR department and wanted to “warn” UGP of the “consequences” of publishing – from a blocked number! With the iPlayer app originally being billed as a launch app, it’s understandable that Microsoft and the BBC are very quiet on the matter and don’t want this story seeing the light of day. However, in the spirit of free press, freedom of speech and a bucket load of bollocks, we have decided to throw caution to the wind, give two fingers to our mystery caller and unveil the juicy details as to why Xbox One is still without iPlayer and what this means for you, me, Microsoft and the BBC.

It all started when a whistle-blower spoke to UGP and discussed the reasons for the lag behind PS4 iPlayer app launching and the no-show Xbox One iPlayer app launch. Our anonymous whistle-blower, who works on the development team, informed UGP about a serious iPlayer flaw, which surrounded the user interaction with Kinect. Testing indicated that slight movements, from picking up a cup of coffee to scratching your nose, interrupted entertainment playback. Hardly ideal and curious that that is the sole problem when there are already a plethora of games and apps utilising the Kinect’s voice recognition and motion sensor technology. It must be said that this is of tremendous embarrassment to the BBC who only last year publicly acknowledged a £100 million IT project to update the BBC archives software, failed. That failure was cataclysmic with the £100 million software, completely useless and unable to perform the task for which it was commissioned. A total waste of money! The availability of the PlayStation iPlayer app has led many to question the BBC’s lack of public communication on the matter. According to a freedom of information request, the iPlayer costs upwards of £4 million per year to develop and maintain. This blunder will obviously cost the license fee payer even more money in the long run. It also begs the question, how much of this money over the course of the past year has been wasted on this now problem-riddled Xbox One iPlayer project?

The unnamed whistle-blower, a programmer on the BBC’s development team, has been working on the Xbox One project since its inception last year and is a coder with many years’ experience. However, bureaucratic wrangling and BBC top-down project management has resulted in project deadlines being overrun. The additional problem of the Kinect sensor affecting playback has caused the development team to re-write segments of code for the application. The unnamed source claimed the app wouldn’t be available to UK Xbox One gamers until the second quarter of 2014 at the earliest – which begs the question will it be released by this summer?

Due to confidentiality agreements, the unnamed whistle-blower did not divulge the technical nature of the issue. However, the whistle-blower did state that playback functionality was stymied by the Kinect technology. He also stated that since other developers have managed to get their Kinect-ready apps (meaning NetFlix or LoveFilm) working seamlessly, this is a marketing disaster for the BBC, what with being a digital media partner of the Xbox One. We have to ask, with the BBC saying as early as October last year that iPlayer won’t launch with Xbox One, just how long have the developers been trying to find a fix? 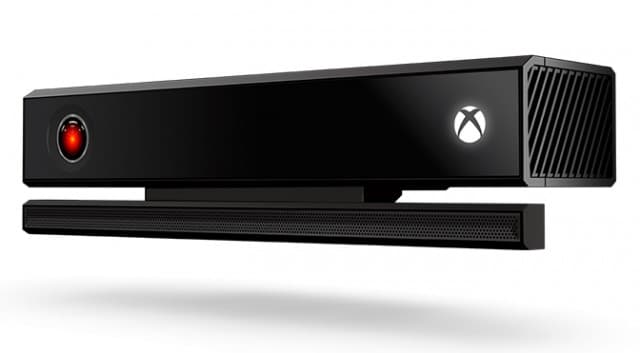 This issue will also affect Microsoft, as the Kinect sensor is a big part of the entire Xbox One gaming experience. Microsoft has remained tight-lipped over the news. The unnamed source claims Microsoft has known about the issues with iPlayer for “several months”. However, Microsoft has continued to state in the press that the BBC (iPlayer software) will be a crucial entertainment “partner” platform on the new Xbox One ecosystem. Entertainment is a crucial cash cow for Microsoft and digital partners. The BBC’s iPlayer app has been hugely popular and it’s availability on Xbox 360 has resulted in increased popularity of on-demand platforms.

The BBC who “have been working with Sony” to allow PS4 users access to the iPlayer service highlights the difference in development. According to our source, “Sony would send the [PS4] team any and all assistance. However, Microsoft was slow in each and every request for data or help.” However, the lack of support from Microsoft dwarfs in comparison to the realisation that a team worked on a project for months and months to then find a core element of the experience was faulty. The source claims “Kinect was so central, so crucial and so important, we kinda forgot about the user experience.” Furthermore, “meeting our [project managers] targets along with [project] meetings ate up development time.” Adding “we feel like they don’t understand how important good quality code is. Any problems just seem to take second fiddle to ‘timetable’ requirements.”

The delay is likely to cause embarrassment to the BBC during a period when they scramble to rebuild public confidence in the corporation after the IT blunders of last year followed up by the heinous Saville allegations. All of which have affected the corporation’s public standing. This debacle will be another in a long line of problems the BBC has kept hidden from license payers and the public.

However, the gaps in delivery will likely worry Microsoft also, who is failing to catch-up to Sony in the so-called “console wars”. The always-on and entertainment centrality of the Xbox One makes the iPlayer’s absence even more conspicuous. Microsoft and the BBC need to discuss this “development delay” in order to release iPlayer for Xbox One users, as their next-gen counterparts in the PlayStation 4 camp are already watching episodes of ‘The Great British Bake Off’ in the comfort of their own PlayStation 4 platform. Could this delay only prove to hurt the Unique Selling Point of the Xbox One? Why spend a hundred quid more on a console that won’t even play iPlayer? NetFlix and LoveFilm are fine, but license-fee payers get iPlayer for free?

This needs to be sorted out as soon as possible as it will affect the wider public perception of both the BBC as a vendor-neutral provider and Microsoft as a developer of a top-class platform. However, questions do need to be asked of the BBC. This is the second major IT blunder, in as many years now. The corporation must come out in public and state when the millions of UK Xbox One users will get access to content covered by their license fee? Furthermore, the BBC must investigate why developers were forced to conform to bureaucratic top-down management, since our whistle-blower seemed to pinpoint the blame on “BBC Senior managers.” The BBC must launch an inquiry into the management of BBC iPlayer development and find out how these blunders could have been avoided and also come clean with the amount of public money wasted on what is now defunct software.

UGP have already got the wheels in motion to discover just how much the contract that was awarded to develop iPlayer for Xbox One is worth and how much the delay has cost license fee payers. We will be investigating in depth, just what has been wasted and whether or not the BBC got the best value for their money, or should I say, our money, when they undertook this project and indeed many others.