Sky Go’s a Big No Go on Xbox One

Anyone who is waiting on the release of Sky Go for the new gen consoles and still clinging to the idea is to be sorely disappointed. Sky, categorically, has no plans to launch Sky Go on either Xbox One or PlayStation 4. Instead, wishes are for existing Sky customers to either pay through the nose for Now TV ( a Sky product) or upgrade their subscription to include a new set top box and Sky multiroom. Which isn’t a fully supported Xbox experience yet.

For many Sky customers it is the norm to have Sky in one room and the console in another and Xbox 360 users have been able to enjoy the option of watching Sky in two rooms at once with no additional charges via the Sky Go app. When I quizzed Sky on the whereabouts of a Sky Go app for Xbox One and PS4, I was told that “We enjoy a long track-record of innovating with Microsoft and look forward to the launch of NOW TV on Xbox One by summer.  As a dedicated over-the-top service, we have prioritised the availability of NOW TV, to extend the reach of the service to the main TV.  Looking ahead, we will also consider any future opportunities for Sky Go.”

As we know, Now TV is coming to Xbox One in the Summer of this year and is there to replace Sky Go, it would appear. For non-Sky customers that’s great because now you can enjoy Sky when you want without the monthly contract. But what about existing Sky customers? Well, there’s two options. The full Sky TV package costs around £60.00 per month. Now TV, if you’re a sports fan and watch movies, will cost you around the same each month, if not more. Not an option really. A better idea is to get Sky multiroom which will only set you back £15.00 a month and a one off setup fee of £60.00. However, Sky isn’t fully supported on Xbox One so you’re still going to need that Sky remote on the arm of your chair to navigate the Sky Guide. The One Guide does not work for Sky TV, unlike Now TV which which will of course be fully supported on both Xbox One and PS4.

I wasn’t overly happy with Sky’s official line on the lack of a Sky Go app so I spoke to several different representatives of Sky in their sales and technical support departments to try and get some insight into what was going on. What I was told by one very knowledgeable and open representative was that there are categorically no plans to bring Sky Go to Xbox One or PlayStation 4. During our conversation, it was revealed that Now TV is in no way designed for Sky customers and the pricing is set to match the cost of a full Sky TV subscription, should someone use Now TV that much – i.e a football game each weekend and movies for the month. However, it can be assumed that Sky aren’t trying to push people to take out Sky TV subscriptions as they don’t support your Sky box being plugged into the Xbox One or PS4 with the  necessary software to enable the likes of voice control and the One Guide. Something USA subscription TV providers have done from launch. Gratned, it would appear that Microsoft are as much a part of One Guide integration as the provider of the TV service and Sky aren’t very forthcoming with any information on where they are with integrating their service with One Guide. 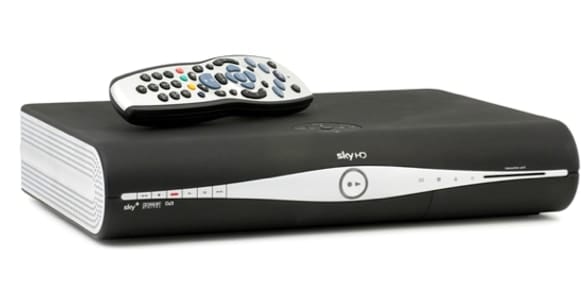 What I can tell you is that existing Sky customers simply aren’t a priority with regard to watching Sky TV on  consoles. Sky’s reasoning is that the 3 million and counting Sky Go users have Sky Go as a consequence of having a Sky subscription and can just turn that on on their main TV and watch Sky like normal. This is fine but a lot of people, myself included, have Sky in the lounge and the console in another room. Sky’s focus is on increasing the mobile devices that Sky Go works on in the form of Android tablets and smartphones, plus one or two others, and getting Now TV up and running which of course doesn’t benefit existing Sky customers in anyway shape or form. Now TV is the priority at the moment and while details are still quite limited, more announcements are being promised nearer launch. What can be said for sure is any speculation that existing Sky customers will get existing customer discounted prices or perhaps be able to use Now TV as a second set top box, can be forgotten about. I can confirm that Now TV is in no way shape or form designed or meant for existing Sky customers. What would have been nice would be to use a multi room subscription through the Now TV box so that Sky customers at least have a bit of hardware that actually works fully with the next gen consoles.

So there you have it folks, there’s a serious blind spot when it comes to existing Sky customers being able to enjoy Sky TV on the new consoles. While Sky customers can, it’s going to cost and there’s no hope of Sky Go coming to relieve that anguish any time soon!