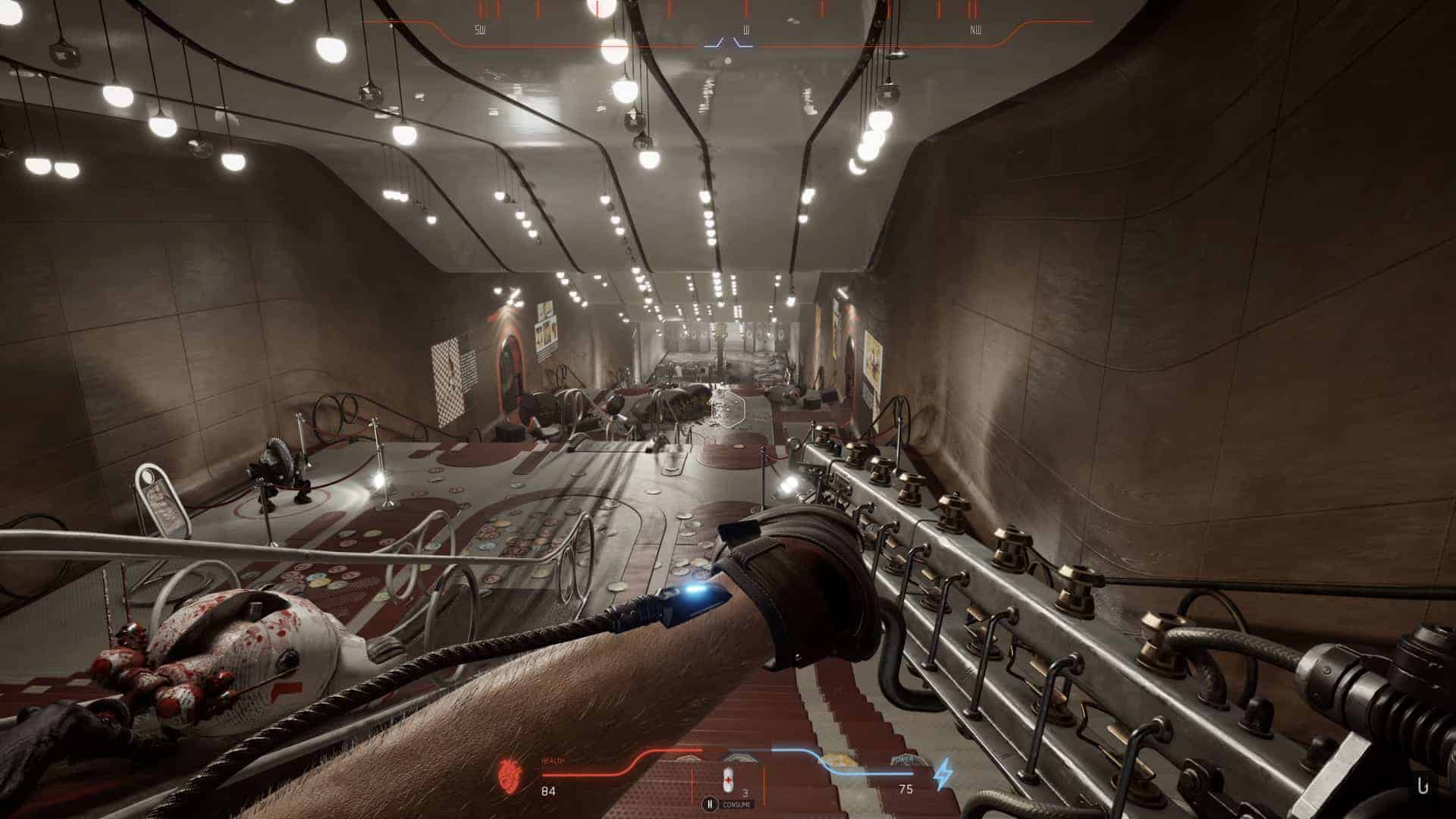 You might have spotted our feature on the mystery that is the first-person action RPG, Atomic Heart. A game that’s garnered huge interest from RPG fans online but is shrouded in a fair amount of mystery. The developers, Mundfish, have been elusive in recent years, with no release dates or estimates of a timeline given in press releases, interviews, or on their socials. But during CES 2021, a new trailer dropped showing off the game’s ray tracing.

The game has focused its marketing around the idea that you play as a KGB special agent named P-3. Your government has tasked you to investigate a bizarre event in a Facility where all the robotics have turned bloodthirsty. Open-world map exploration was rumoured early-on, but social media pages related to Mundfish and Atomic Heart have been a little strange since the initial announcement. They re-run existing gameplay clips and trailers, with the occasional concept art image to tease those who have actually pre-ordered years ago.

The last time we heard about the USSR Bioshock-esque game, Nvidia had showcased its RTX effects at CES 2019. The preview featured Nvidia CEO demonstrating the full abilities of their latest RTX effects, wowing the crowds with a side-by-side comparison using Atomic Heart’s newest trailer at the time. This year, at CES 2021, the exclusive GeForce RTX PC Game Reveal showcased.

The reveal covered the latest offerings in raytracing and DLSS from Nvidia in the form of a new, and highly anticipated, Atomic Heart trailer. The new technology means the Atomic Heart world is brought to life in all of its brutal, USSR glory. The trailer features a little gameplay and what seems like a bit of dramatic concept art in action. Overall, you can clearly see Mundfish have utilised the ray tracing abilities to a subtler degree than some other new releases, with realistic shadows and low-key reflections making for a grittier feeling.

It’s uncertain what the working relationship between Nvidia and Mundfish really entails, and the updated trailer didn’t come with any fresh release dates or actual information about the game, which is a bit of a disappointment for those still waiting on their pre-orders.

Developer Mundfish is yet to respond to any of our interview requests. Hopefully, a release date will be fixed more firmly in time, and Atomic Heart fans worldwide can experience Atomic Heart in next-generation style.