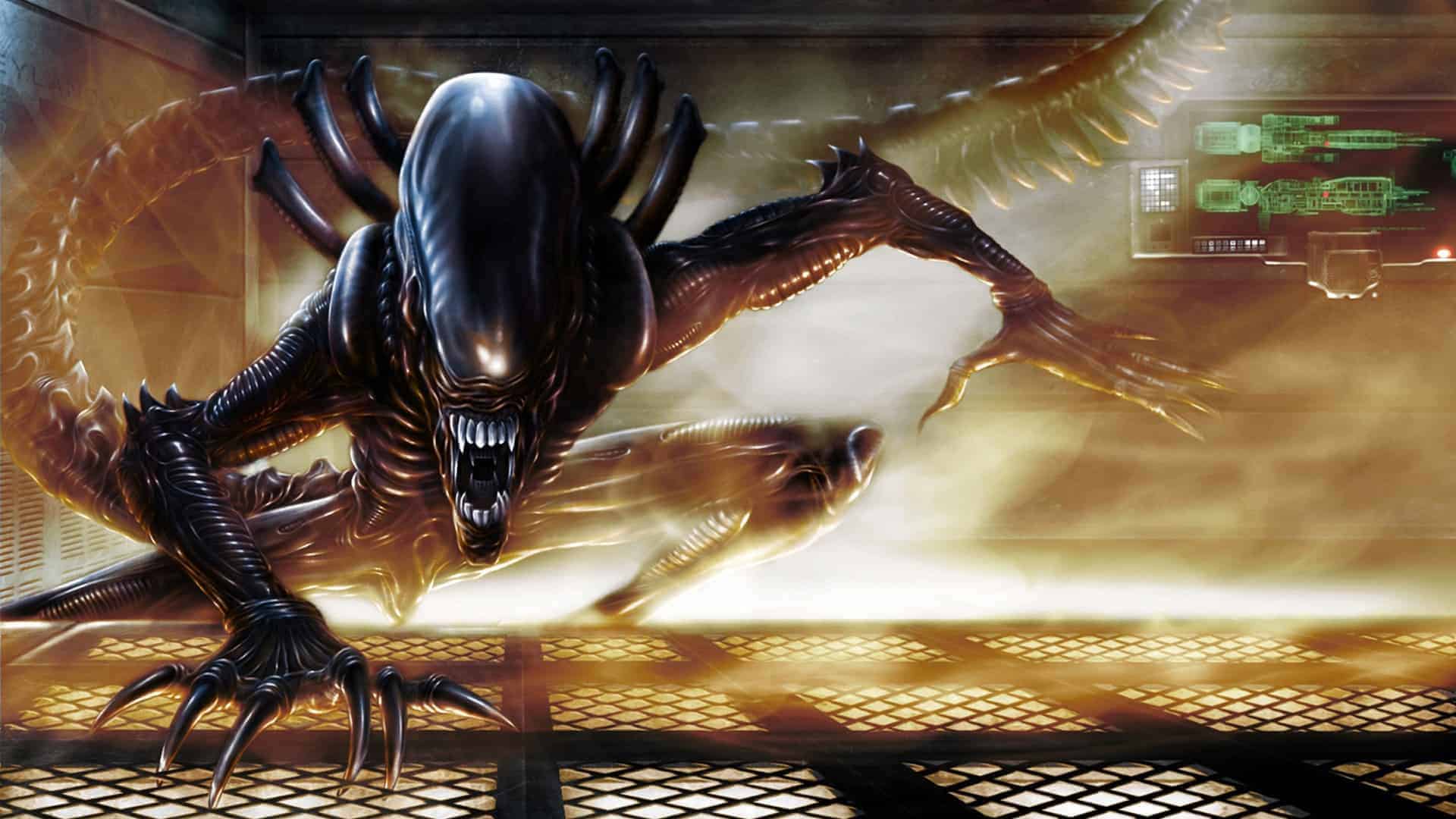 Alien: Isolation – Aliens In My Head

Alien, the movie, is a franchise split into two distinct camps of admiration: it’s either Ridley Scott’s 1979 classic scare-fest or James Cameron’s 1986 shoot-‘em-up.  While many claim to love both with equal vigour, secretly they harbour affection for one over the other.  I, for one, am a firm favourite of the original as I saw it on the big screen when it was first released – though I was distinctly underage for its “18” certificate – and remember my thrilling mind silently yelling at Captain Dallas “Don’t go in the air ducts; it’s in the air ducts for Christ’s sake – why would you go in the air ducts!!”, as I cringed and watched through my fingers.  Of course, “Aliens”, the sequel, had its share of hoots – the previously gung-ho Private Hudson surveying the wreck of the drop ship and exclaiming “we’re in some pretty shit now!” –  but it lacked the sheer claustrophobic horror of a bug-hunt on the good ship Nostromo. 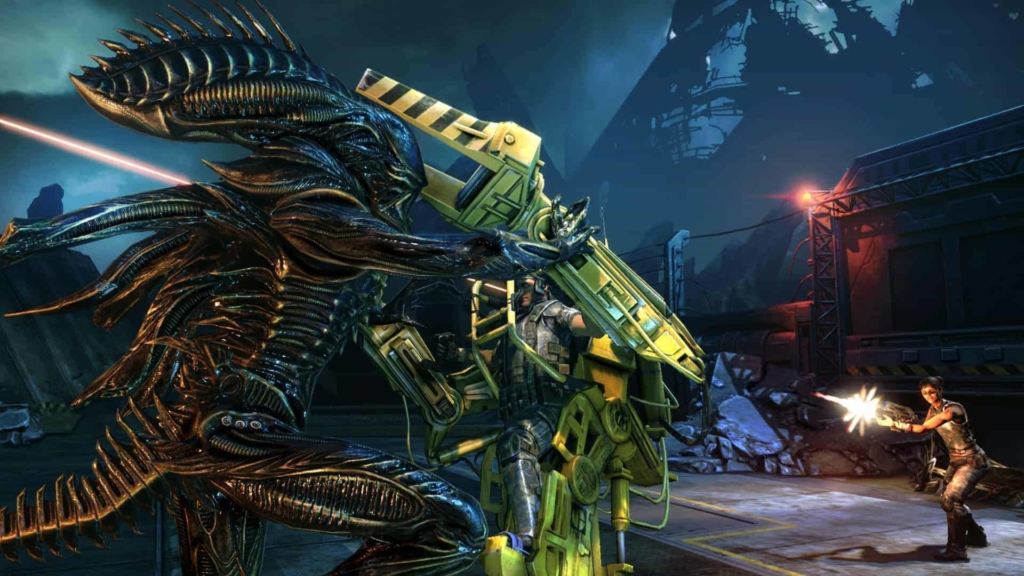 When it came to creating computer games for the franchise, the First Person Shooter aspect of Aliens was a clear winner and loud and brash was seen as the way to go.  I have to confess that I played the original PC version of Alien versus Predator and, in a darkened room with surround-sound speakers, nearly crapped myself when the marine’s motion tracker went off and I knew it was there, crouching in the dark and ready to tear my head off.  Unfortunately the game franchise, mirrored the film series, and went downhill from there with AvP for the consoles getting only a luke-warm reception and the last offering- AvP: Colonial Marines – being slated by the critics for its poor AI, unbalanced gameplay and blocky graphics.  It looked and felt like a game from 2001 rather than 2013.   Much of that was attributed to mismanagement by Gearbox – the game’s developer – but that didn’t excuse what was a lacklustre entry into the FPS field.

It looked like the franchise had all but run out of steam and in the words of Alien’s Pt. Hudson “Game over man….”, but the aftermath of the eschewing train wreck of a strategy actually forced a reforming of critical parts to make a whole new wonder.  Sega, the owners of the Alien license, decided to go back to the franchise roots and turn Vietnam-style destruction into pure horror.  Alien: Isolation, due out at the end of 2014, takes back the mantle from the Cameron camp and hands it to the true horror enthusiasts.

The title has a completely different background to its predecessors with Amanda Ripley – daughter of Ellen Ripley from the films – searching a space station for clues to her mother’s disappearance and encountering one of the xenomorphs as it tears its way through the stations inhabitants.    Ripley junior will spend the game playing cat and mouse with the predatory beast as she strives to unravel the clues and keep one step ahead of it.  She will have a motion tracker but scant weapons and little that can make an impression on her protagonist.   In addition, superior AI will give the alien enough intelligence to be able to plan its own attacks and make random appearances as it sees fit.  It will also have the gumption to withdraw if it thinks the odds are too heavily stacked against it, leading to dramatic and unique gameplay.

This game is going to need changed tactics; there’s no more punching through with an M41 Pulse Rifle or an M56 Smartgun – you don’t have them so it’s not an option.  All you have are small arms, such as pistols, and your wits.  It’s not about hosing down hordes of aliens, but rather about keeping away from just one of them as it hunts your ass down in claustrophobic corridors.   The recently released trailer shows scenes reminiscent of the cramped confines of the Nostromo, but with added fleeting glimpses of the terrible something stalking you.   You know that you’re going to have to confront it at some point, but you’re likely to be getting a few grey hairs before then. The search for clues is hampered by the need to move quietly and cover your arse lest it get a nasty set of teeth attached to it.  All of these aspects join together to create an atmospheric and tense situation that, once you’re into it, you’ll have trouble escaping.

We’re hoping that Alien: Isolation is going to reboot the franchise and send it spinning off in a whole new directing, and not one we’re sure that we are brave enough to go down.    We’ll update you as we get more information.